Let 'Em Get Down and Dirty, Part Deux


Amish children raised on rural farms in northern Indiana suffer from asthma and allergies less often even than Swiss farm kids, a group known to be relatively free from allergies, according to a new study.

"The rates are very, very low," said Dr. Mark Holbreich, the study's lead author. "So there's something that we feel is even more protective in the Amish" than in European farming communities.

Probably because the Amish are even less likely than modern rural European farmers to abide by "modern" standards of hygiene, and thus Amish kids are exposed to more potential immune stimuli earlier in life.


What it is about growing up on farms -- and Amish farms in particular -- that seems to prevent allergies remains unclear.

Researchers have long observed the so-called "farm effect" -- the low allergy and asthma rates found among kids raised on farms -- in central Europe, but less is known about the influence of growing up on North American farms. 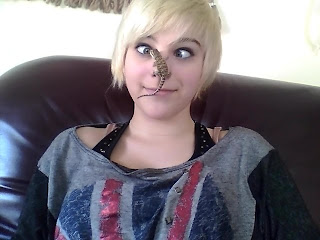 In a previous post we saw that even in the more general population, greater exposure to "dirt" decreased the chance of children developing asthma and hay fever.

Immune systems "learn by doing" and apparently early exposure to different materials and organisms helps to "train" the immune system to sort out the benign from the truly harmful.  Of course, greater exposure to the environment entails a certain risk of encountering a dangerous pathogenic disease.  But, really, at this point in our civilization, it seems to me that the major pathogens are well under control (and largely curable), while a large number of people suffer from obnoxious (and sometimes even life threatening) allergies.

So maybe we need to let the kids play in the dirt, collect the bugs and frogs, and keep strange pets more than we do now.

Thanks to Wombat-Socho for taking my early submissions for the weekly Rule 5 link around at The Other McCain's "I Need to Know", and also to The Classical Liberal who linked it with "She's the Woman."