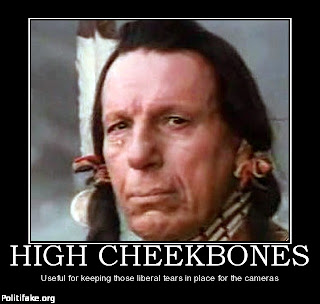 Dining Out on Dubious Identity

In recent weeks, much hay has been made of Elizabeth Warren’s claim to an American Indian background, in favor of which proposition the candidate has presented as evidence her mother’s stories, her family’s high cheekbones, and, perhaps most risibly, her contributions to the 1984 Pow Wow Chow cookbook. As yet, nobody seems to have picked up a copy of the volume and prepared any of the “Cherokee” meals that Warren submitted under her name. Intrigued by the prospect, I thought I’d do just that. 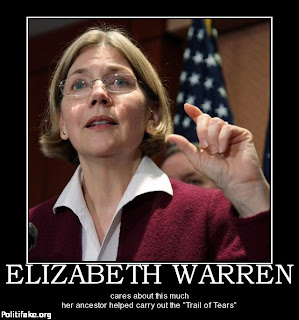 As an appetizer, I chose Warren’s recipe for “Mexican Oatmeal Soup.” Despite its name, this dish is somewhat geographically homeless, consisting mostly of chicken broth and a handful of other ingredients not associated with anywhere in particular. Thanks solely to the chopped tomatoes that float at the surface, there are a few dabs of color in the mix, but along with the somewhat egregious oatmeal that never quite becomes part of the whole, these are anomalous curiosities in what is essentially chicken-flavored water. It was a disappointing start. 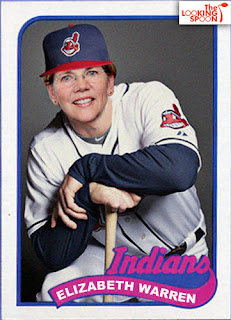 For the entrée, I prepared another Warren contribution: the crab omelet with tomato mayonnaise dressing. Where exactly the Cherokee would have sourced either cognac or Worcestershire sauce — both key parts of the dressing — and at what point in their 6,000-plus-year history they elected to develop a line in mayonnaise remain unanswered questions. Still, French television chef and immigrant to the United States Pierre Franey, who originally wrote the recipe for the New York Times in the late 1970s, would likely not have run into much trouble on either count. Franey developed the omelet at Le Pavillon, a high-end French restaurant in New York City, and its fans included the likes of the Duke and Duchess of Windsor and Cole Porter. It appears that Elizabeth Warren simply copied the recipe word for word and substituted in her name. 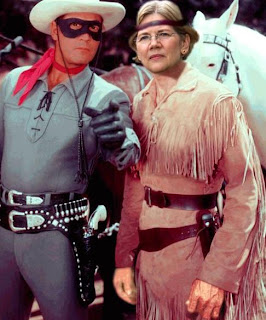 
There is, however, little to indicate that crab was ever an Indian favorite — especially in landlocked Oklahoma or the territories where the Cherokee lived. There is some evidence that tribes in both Delaware and the Puget Sound area caught and ate the creatures, and the Cherokee and other peripatetic tribes may have eaten seafood when they traveled to meet with other groups in other parts of country during conferences, or “powwows.” But, other than that, crab is no more associated with the Cherokee than gumbo is with North Dakotans.

At least the tomato descends from a plant domesticated by the Aztec.So maybe the dish is  1/32 Indian after all.
Posted by Fritz at 10:30 PM