Good News, Food to Still be Plentiful in 18 years! 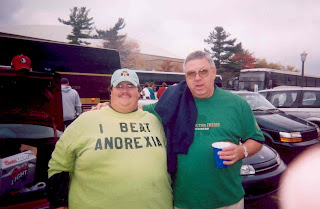 
The new projection, released here Monday, warns that 42% of Americans may end up obese by 2030, and 11% could be severely obese, adding billions of dollars to health care costs.

"If nothing is done (about obesity), it's going to hinder efforts for health care cost containment," says Justin Trogdon, a research economist with RTI International, a non-profit research organization in North Carolina's Research Triangle Park.

"The obesity problem is likely to get much worse without a major public health intervention," says Eric Finkelstein, a health economist with Duke University Global Health Institute and lead researcher on the new study.

I guess the modellers have predicted that the bad effects of global warming climate change will not have kicked in by then, and killed all the crops.

And of course, this calls for the government to put us all on a diet.

UPDATE:  A timely rant by Ace; Read the whole thing


Americans are too fat. They ought not be fat.

But it is far more important that they be free than they be thin.