This morning (Friday, 5/18, in case this doesn't get posted until later) the Zaandam sailed into Glacier Bay. At the mouth of the Bay, the ship had a couple of Park Rangers, and a native "interpreter" put on board. One of the rangers announced events through the loud speakers, and the native told stories in the main theater.

As soon as I went out on deck, around 7:00 AM, I saw a pair of dolphins or small whales of some sort. The land around is very rugged. High mountains jut right out of the Bay, which is a very long and deep glacier fjord. Within living memory, most of it has been filled with glacier, most of which has retreated away since the bay was discovered by Vancouver in the late 1700s.

We spent most of the morning out on deck looking at mountains, glaciers and wildlife. The sky was heavily overcast, not surprising for the region, but a bright sun would have helped the photography immensely. I still took over a hundred photos. Hey, digits are cheap. 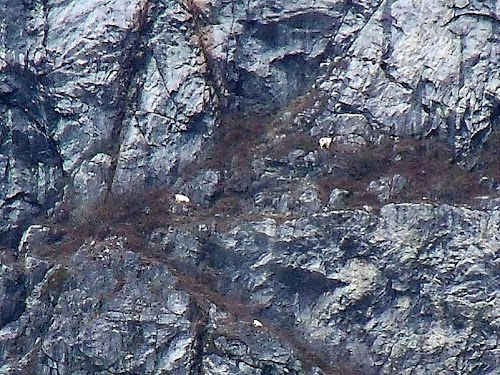 The ranger clued us in to the presence of these Mountain Goats, way up on the sides of one of the shear rock walls. I would never have spotted them myself, and until I saw the zoomed in photo and saw they had legs, I was never convinced. 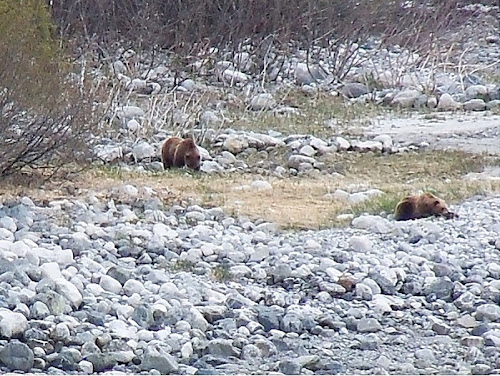 Later, from the comfort of the Lido deck, I spotted a pair of Brown Bears foraging on a big alluvial fan. I managed to get outside and find a place at the rail to try a couple of photos. 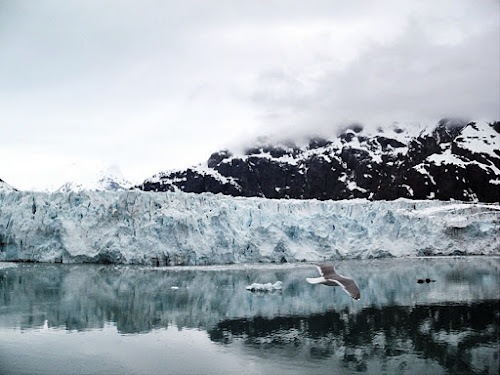 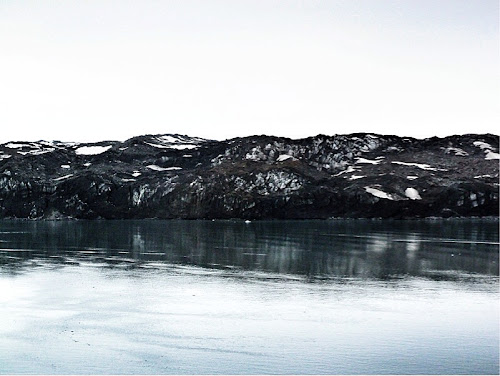 Eventually, we made our way up to the end of the inlet, where two glaciers came down. One, the Margery Glacier, was nearly pure blue and white, while the other, the Grand Pacific Glacier, was almost black from the heavy load of dirt and rock it had brought down from the mountains. 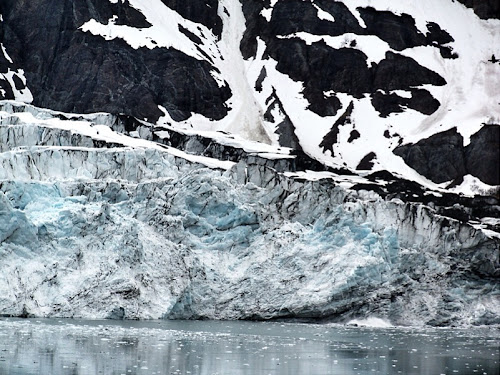 The ship stopped up here for an hour while we attached for Margery Glacier to calve. It did several times, often with loud rifle shot sounds, followed by a huge crashing sound. I managed to get a few photos of this as well.