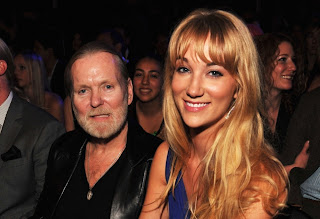 Gregg Allman, a Hall of Fame Rock and Roller and founding member of the Allman Brothers Band, is getting married for the seventh time.

Allman, who was married to singer Cher from 1975 to 1979, sat down on Piers Morgan Tonight on Tuesday and spilled the beans about his new fiance Shannon Williams, a girl 40 years his junior.


“This time, I am really in love,” the 64-year-old rocker told Morgan.


“That’s not what she’s becoming. She’s becoming wife number one. I don’t have a wife. Haven’t had one for years.”

Gregg Allman is generally credited with lyrics the song "Dreams", which he also sings: