I'll Drink to That! 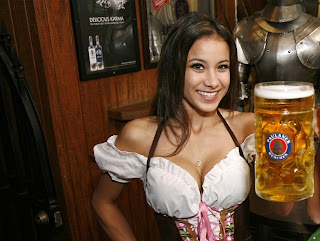 Drink beer and restore the Chesapeake Bay – all year round.

Next week, Flying Dog Brewery’s Pearl Necklace Oyster Stout will be available for purchase year-round with distribution throughout the country. 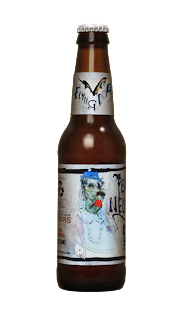 Flying Dog decided to brew the beer year-round not only because the beer itself was well received, but also because it supports a cause essential to the brewery’s backyard. Proceeds from the beer benefit the Oyster Recovery Partnership (ORP), one of the region’s leading nonprofits restoring oysters back into the Chesapeake Bay.

“Our initial work with the ORP was just the beginning,” Ben Savage, Flying Dog’s VP of marketing, said. “Sales of Pearl Necklace will continue to benefit the ORP and also raise awareness nationwide of how critical oyster restoration is to the Chesapeake Bay.”

The goal is to enable ORP to plant at least 1 million baby oysters back into the Chesapeake Bay through proceeds from Pearl Necklace Oyster Stout.

A million oysters really isn't that many; when they spawn oysters, the eggs and young oysters are extremely small; one female oyster can literally produce more than a million eggs.  Getting them to grow through the larval stages and to settle as a small oyster spat is a bit of a trick, but oysters hatcheries have been producing billions of them for years.  Having done that, the hard part is putting them into a place in the Bay where they stand a decent chance of surviving until adulthood.


“A healthy oyster reef not only filters the Chesapeake Bay’s waters, but also provides habitat for other important marine life such as blue crabs and striped bass,” Stephan Abel, Executive Director of the ORP, said. “Every oyster we plant back into the Bay will have an immediate, positive impact.”

Savage added: “Drinking Pearl Necklace literally helps restore one of the most endangered habitats on the planet.”

I still don't know about brewing beer with oysters, but I've had other Flying Dog beers, and they were drinkable.  The Oyster Recovery Partnership is not high on my list of  favorite charities, but, yeah, I'll buy a six pack to help them.  But that wasn't a very high bar was it?

Thanks to Wombat-Socho for taking my early submissions for the weekly Rule 5 link around at The Other McCain's "I Need to Know", and also to The Classical Liberal who linked it with "She's the Woman."
Posted by Fritz at 6:27 PM