For the person suing the oil company: Schadenfreude: Enviros’ Lawyer From Chevron Shakedown Ordered To Pay Them “Bigly”


Oh, how the mighty have fallen. Those of you who have been following our years-long coverage of what’s become known as the Chevron Shakedown are probably already familiar with Steven Donziger. He’s the New York attorney who worked with a corrupt court in Ecuador and several environmental groups in the United States to achieve a bogus judgment against the energy giant valued in the billions of dollars. That fell apart completely under court scrutiny and instead of winding up with a huge payday, Donziger found himself on the losing end of a RICO trial in New York.

Now, adding insult to injury, that same court has come back and determined that someone does indeed need to pay. But it’s not Chevron. Saying that, “the case is over save for the matters of costs and attorney fees,” the presiding judge brought down the hammer on Donziger for the cost of the massive court fees incurred. And he brought it down hard.


The cost of fraud just went up for Steven Donziger.
A U.S. federal court in New York has ordered Donziger, mastermind of the Ecuadorian racketeering and fraud scheme against Chevron Corp., to pay the company $813,603 for his share of court fees from his 2013 RICO trial.
In a 49-page opinion last week, U.S. District Court Judge Lewis A. Kaplan, who presided over the RICO proceeding, reiterated that “Donziger and his co-conspirators attempted to extort billions of dollars from Chevron” through falsified evidence, bribery, coercion and the ghostwriting of a $19 billion court judgment against the company in Ecuador. The RICO ruling, which was unanimously affirmed by the U.S. Court of Appeals, granted Chevron the right to recover the costs of the action.
Last Wednesday, the court rejected all Donziger’s arguments for not paying as baseless or unsupported by evidence, adding he was not entitled to favorable court “discretion” due to his “repeated” and “egregious misconduct” and “outrageous behavior” throughout the case.

From the accounts given of the hearing, it sounds like Donziger’s team attempted to relitigate the RICO trial and the original rulings but the judge was having none of it. The case was closed. The only review required was a summary of the things Donziger was found to have done during the attempt to rob Chevron of billions of dollars. It wasn’t a pretty list. 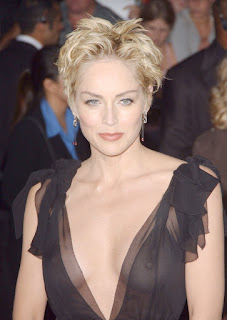 Even the American justice system is better than that, at least usually. I touched on this lawsuit once in reference to Sharon Stone, who played, or rather failed to play, a bit part as a paid anti-Chevron activist, and got sued for her trouble. One of many reasons that you should have no faith in celebrity spokespeople. They're stupid, or at least woefully ignorant outside their field of expertise, which is pretending expertise. Also, they may not believe at all, and are simply collecting a check.

Wombat-socho has "Late Night With Rule 5 Monday: Champagne Season" ready for your edification and amusement.
Posted by Fritz at 6:52 PM