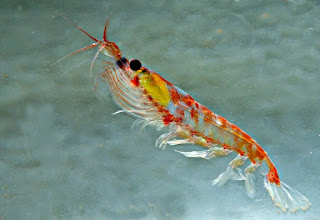 Scientists have discovered Antarctic Krill can digest or at least break up lumps of plastic into even smaller lumps – but when the krill were force fed large quantities of radioactiveplastic over an extended period their ability to digest plastic deteriorated.

The study, published in Nature Communications journal on Friday, found that Antarctic krill, Euphausia superba, can break down 31.5 micron polyethylene balls into fragments less than one micron in diameter. 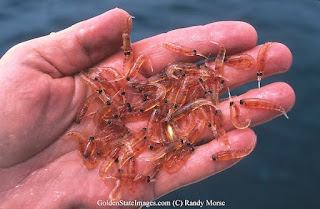 30 microns is the size of a typical phytoplankter, the main natural diet of krill. One micron is thought to be near the bottom range of the ability of most filter feeders to remove particles from water.


Unfortunately, Dawson said, krill were unlikely to provide a solution to the levels of plastics and microplastics polluting the oceans. “It’s not necessarily helping plastic pollution, it’s just changing it to make it easier for small animals to eat it,” she said. “It could be a new source of plastics for the deep ocean.”

A study by Newcastle University in December found microplastics in the stomachs of deep-sea creatures from 11km deep trenches in the Pacific Ocean. Dawson said microplastics that had been digested by krill were also too small to be detected in most oceanic plastic surveys, meaning the level of microplastics in the ocean could be higher than currently assumed.

They've just got to put that negative spin on it.

Virtually anything with reduced carbon in it is food for some kind of bacteria. Plastic is tough to digest even for bacteria because it is largely impenetrable, and not subject to breakdown by most digestive enzymes. However, it is colonized by bacteria on the surface, which slowly digest it as it chemically weathers, and changing it from a 30 micron lump to a 1 micron lump will drastically accelerate that process.

Krill are one of the most abundant organisms on the planet, found in huge schools in the Antarctic and elsewhere. Around Antarctica alone there is estimated to be 400 million tons of krill. If they are indeed able to partially digest microplastics, estimates of how long plastic persists in the environment are likely to be much reduced.
Posted by Fritz at 3:32 PM