The Maryland Park Service is celebrating the first anniversary of the Harriet Tubman Underground Railroad State Park and Visitor Center in Dorchester County March 10 and 11, from 9 a.m. until 4 p.m.

Special events are planned throughout the weekend, along with the debut of new audio-visual exhibit enhancements and a fully-stocked research library, dedicated to telling the story of the fabled American abolitionist and hero, born and raised in Maryland. 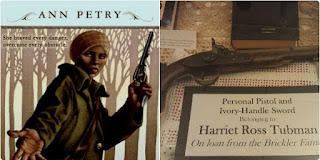 Born a slave on Brodess Farm in Dorchester County, across the Bay not far away at the edge of what is now Blackwater National Wildlife Refuge, Harriet Tubman escaped to Philadelphia, but returned to save her family, and later became active in the underground railroad helping slaves escape to the north. She also served the Union Army as a spy behind enemy lines in the Civil War and as a commander of troops in combat.