They're Called "Killer Whales" For a Reason 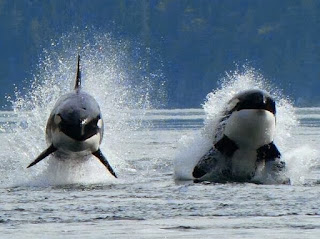 
“We knew right away that this was a remarkable event,” said Jared Towers, a Cetacean researcher with Fisheries and Oceans Canada, of the encounter he and two colleagues witnessed in December 2016.

“We’ve been looking at killer whales for years on this coast and around the world – I study populations in different parts of the world – and witnessing aggressive behaviour between killer whales is almost unheard of.”

Details of the incident were published this week in the journal Scientific Reports.The group had headed out to the northeastern coast of Vancouver Island after reports of strange vocalisations from killer whales in the area. When they arrived, they found a group of whales including one that appeared to be just a few hours old.

They were about to leave when they heard splashing. “So we went over and that’s when we saw that the calf wasn’t surfacing anywhere,” said Towers. They then saw a male swim under their boat holding the newborn calf in his mouth. 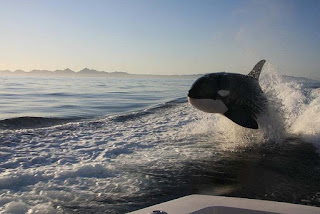 Researchers soon realised they were watching two different family groups interact –the family to which the calf belonged was being attacked by an unrelated 32-year-old male and his mother. “We started to realise that this is a chase and these two whales have attacked this group already,” he said. “It was fascinating but we were horrified too.”

The male refused to let go of the newborn. In what researchers described as “infanticidal teamwork,” his mother appeared to be helping him in the attack, manoeuvring to fend off an attempt by the infant’s mother to chase the male.

An underwater hydrophone caught the frantic vocalisations as the scene played out. “Finally the infant’s mother hit the whale so hard, his blubber shook like Jell-o,” said Towers. “And there was a huge splash and blood flying through the air and then that was
it, that was the last hurrah.” The infant had probably drowned by that time, he added.

Scientists in the Canadian province of British Columbia have documented what is believed to be the first reported case of an orca whale killing an infant of the same species.

Human being aren't the only violent species on the planet.
Posted by Fritz at 12:55 PM