Starbucks, other coffee sellers ordered to warn California customers of carcinogens in coffee


A judge ruled that Starbucks and other coffee sellers in California must provide a cancer warning on their products for customers.

A nonprofit group sued several companies that sell coffee, including Starbucks, coffee distributors and retailers in 2010.

The lawsuit claimed those companies violated state law, which requires them to warn consumers about chemicals in the roasting process that may cause cancer. One of those chemicals is acrylamide, which is a carcinogen. 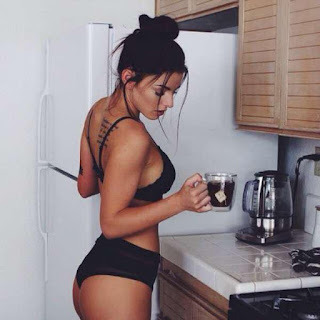 A long time ago, Georgia worked in a biochem lab where much of her job consisted of making gels for electrophoresis of DNA and proteins. Most the gels were polyacrylimide (familiar as the clear gel used to pot plants in) which was made with acrylamide monomer, a powerful neurotoxin as well as carcinogen.


Attorneys for about 90 companies said the chemical is present in the process, but that it's at harmless levels and is outweighed by the benefits of drinking a cup of coffee.

The ruling came despite eased concerns in recent years about the possible dangers of coffee, with some studies finding health benefits. In 2016, the International Agency for Research on Cancer - the cancer agency of the World Health Organization - moved coffee off its "possible carcinogen" list.

Plants have evolved a huge number of compounds to try to discourage being eaten by animals. Poisons and irritants, or just tasting bad, many of them are also carcinogenic. Remember that when someone wants you to eat your vegetables.

They should put broccoli on their list; it's far more carcinogenic than coffee. At least I'd have an excuse not to eat broccoli.

Wombat-socho has "Rule 5 Sunday: Lieutenant Dish" up and running on time.
Posted by Fritz at 7:06 PM