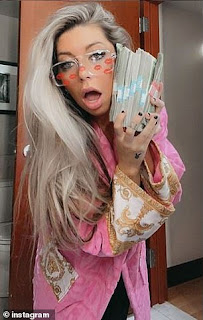 But you can toss it jail for a while while it waits to smarten up on its own. Stacy McCain, Play Stupid Games, Win Stupid Prizes


All those “dumb blonde” jokes? They’re not jokes:


A 22-year-old Michigan woman faces up to 15 years behind bars for allegedly inciting riots by destroying property and encouraging other looters to ransack stores during her Facebook Live broadcast.
Alexandria “Ally” Lyons of Grand Rapids was arrested after reportedly damaging businesses last weekend in Grand Rapids. She allegedly goaded fellow rioters to wreck retail locations by looting and throwing bricks at buildings. Lyons livestreamed video on Facebook of her kicking and shattering the glass window of a store. The riots left more than 100 businesses damaged, according to MLive.com.
Lyons and her friends went on a stealing spree where they stole beers from Mojo’s Dueling Piano Bar and Restaurant, looted a jewelry store, and stole merchandise from a clothing store, authorities said. Lyons and her friends uploaded photos and videos of their actions to social media. 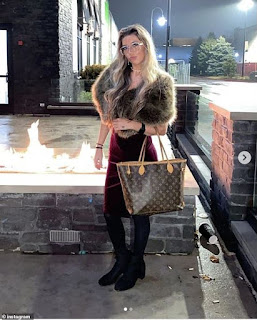 “Defendant could be heard telling her friends to get her a gold bracelet because she already has silver ones,” Grand Rapids police Detective Matt DeJong wrote in a probable-cause affidavit of Lyons instructing others during a robbery of a jewelry store.
“She is heard multiple times encouraging her friends and others to throw bricks or other objects at windows of multiple businesses downtown and at one point picks up a brick herself and mentions heading ‘back to the courthouse,'” the affidavit said.
In one video, Lyons allegedly instructed her friends to break into an ATM.
Lyons shared footage of her having a party at her house, where she was reportedly seen wearing stolen clothing from F. David Barney Clothiers.

Police tracked Lyons down after receiving numerous tips and people sharing social media posts of her looting and destroying businesses.
Lyons was charged with the malicious destruction of a building (between $1,000 and $20,000) in one case and inciting a riot in a companion case, according to Law & Crime.

Because I’m not a racist, I want this white criminal to be punished to the maximum extent of the law. In fact, I consider it unfortunate that she did not get shot, or at least beaten, while resisting arrest. Stupid white people like her are giving the rest of us white people a bad reputation. And some of them might even vote for Joe Biden in November.

Is she one of the bugalloo girlz? I doubt it.

Wombat has Rule 5 Sunday: Blast From The Past – Bettie Page and FMJRA 2.0: Heat In The Street up on time and under budget.
Posted by Fritz at 8:50 AM