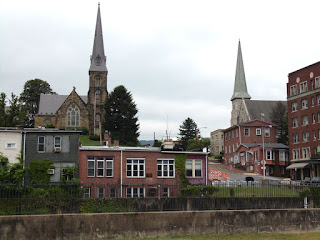 Many times we've driven past Cumberland MD on our way to and from the Pittsburgh area to see kids, seen the spires of several churches and said we should stop and check it out. Yesterday we did. We stopped for lunch, and walked the main street (named Baltimore Street) up towards the visible spires. 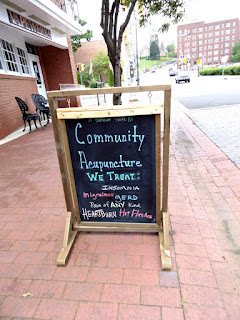 The downtown seemed a bit more deserted than the WuFlu called for, all though there were a few restaurants open with seating outside. You can also get everything fixed at Community Acupuncture. 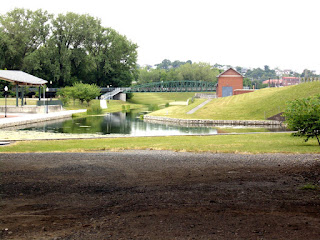 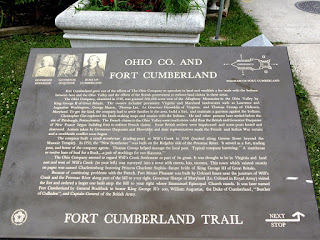 
The Chesapeake and Ohio Canal, abbreviated as the C&O Canal and occasionally called the "Grand Old Ditch," operated from 1831 until 1924 along the Potomac River from Washington, D.C., to Cumberland, Maryland. The canal's principal cargo was coal from the Allegheny Mountains. 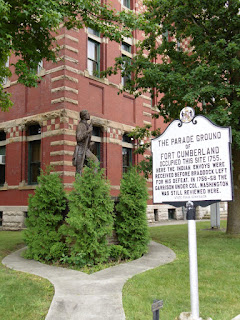 Another bit of history Cumberland was involved in was the French and Indian War with George Washington, back when he was an officer in the British Army:


It began with a dispute over control of the confluence of the Allegheny River and Monongahela River called the Forks of the Ohio, and the site of the French Fort Duquesne in Pittsburgh, Pennsylvania. The dispute erupted into violence in the Battle of Jumonville Glen in May 1754, during which Virginia militiamen under the command of 22-year-old George Washington ambushed a French patrol. 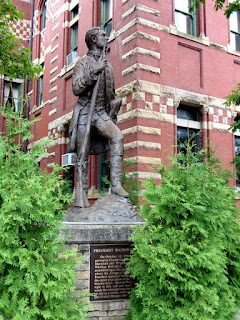 After last week, it was good to find this statue of a young George Washington still standing at the courthouse in Cumberland.

Apparently the next time George Washington came to Cumberland was to lead troops in Whiskey Rebellion:


Washington met with the western representatives in Bedford, Pennsylvania on October 9 before going to Fort Cumberland in Maryland to review the southern wing of the army. He was convinced that the federalized militia would meet little resistance, and he placed the army under the command of the Virginia Governor Henry "Lighthorse Harry" Lee, a hero of the Revolutionary War. Washington returned to Philadelphia; Hamilton remained with the army as civilian adviser. 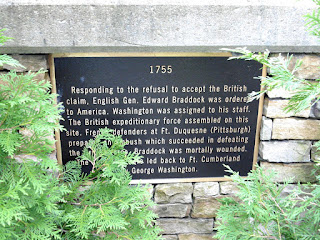