To Be Fair, Arsenic Costs a Little More 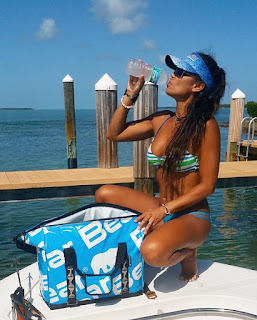 
Bottled water manufactured by Whole Foods and sold in most of its US stores and on Amazon contains potentially harmful levels of arsenic, according to new tests by Consumer Reports (CR).

CR recently tested dozens of bottled water brands and found that Starkey Spring Water, introduced by Whole Foods in 2015, had concerning levels of arsenic, ranging from 9.49 to 9.56 parts per billion (PPB), at least three times the level of every other brand tested. Federal regulations require manufacturers to limit the amount of arsenic, a potentially dangerous heavy metal, in bottled water to 10 PPB. CR experts believe that level does not adequately protect public health. 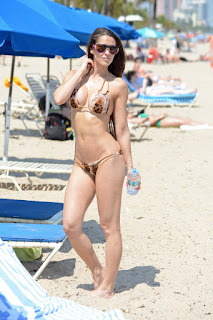 Maybe it's the arsenic that makes it "refreshing and pure, with a silky smooth taste."


CR also tested samples of Starkey Spring Water in 2019, finding levels of arsenic that approached or exceeded the federal limit: three samples ranged from 9.48 to 9.86 PPB of arsenic; a fourth registered 10.1 PPB. Those results are cited in two pending consumer lawsuits over Starkey’s arsenic content.

Drinking a single bottle of Starkey probably will not harm you, says Dr James Dickerson, CR’s chief scientific officer. “But regular consumption of even small amounts of the heavy metal over extended periods increases the risk of cardiovascular disease, certain cancers, and lower IQ scores in children, and poses other health issues as well,” he says.

As I've noted before, I'm on the bored of directors of the local water coop. We're well aware of the arsenic issues of certain waters. All of our wells show traces of arsenic, and one well in particular has, on rare occasions, tested just above the 10 ppb MCL. We have solved that problem to the states's satisfaction by making sure that's the last well to come on during periods of high demand.

The results of the testing come as the Guardian and Consumer Reports launch a major project this week on the challenges of getting access to safe, clean, affordable water in the US. That includes how the bottled water consumers sometimes resort to as an alternative is not only expensive, but may also not always be safer.

“I think the average consumer would be stunned to learn that they’re paying a lot of extra money for bottled water, thinking that it’s significantly safer than tap, and unknowingly getting potentially dangerous levels of arsenic,” says Erik Olson, senior strategic director of health and food at the Natural Resources Defense Council, an environmental advocacy organization that has researched bottled water quality.

FWIW, I spent most of my youth in Los Angeles, drinking their water, that for many years had approximately 50 ppb arsenic in it, mostly from a creek called Hot Creek in the Owens Valley, a thermal spring with incredibly high levels of arsenic. I'm OK, so far. . .

The Wombat has Rule 5 Sunday: Erin Gray up and running on time and within budget.
Posted by Fritz at 6:13 PM