The Answer is No! 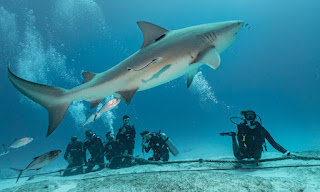 Is a huge bull shark lurking in the Susquehanna River?


A report of a 10-foot-long bull shark in the Susquehanna River at Wrightsville in York County has been shared repeatedly on Facebook in the past few days.

There are four major flaws in that report.

First, the tale originated on a hoax website and is completely false. 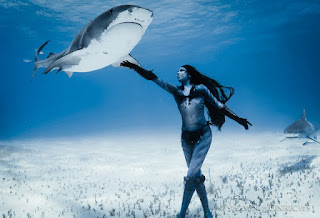 
The other three holes in the report are the three major dams that stand between the Wrightsville area of the river and the Chesapeake Bay/Atlantic Ocean, where the shark presumably would have originated.

It would take a super-shark, with abilities well beyond the abnormally powerful, fictitious sharks in movies like the Jaws series and more recently The Meg, to surmount the 94-foot Conowingo Dam, 55-foot Holtwood Dam and 75-foot Safe Harbor Dam.

Fish passage operations ceased at all three dams in late May, after 35 invasive northern snakeheads were found in the fish-lift at Conowingo, and no sharks were observed.


The reported shark would be a relatively large specimen for the bull shark species, which average less than 8 feet in length and has never been recorded at more than 13.1 feet.

The bull shark was a good choice for the hoax. The species is able to live for long periods in either saltwater or freshwater environments. And, it is a regular summertime visitor to the Chesapeake Bay.

A Maryland commercial fisherman caught an 8.6-foot, 310-pound bull shark in his nets in August 2018. It was referred to as the largest shark in local waters “in recent memory”

Well, I suppose someone with a wicked sense of humor could have moved a big shark up river, but it would be a significant logistical feat.
Posted by Fritz at 7:19 PM