A woman is recovering after being run over by a float in the Pensacola Christmas parade.

Officer Tony Garza tells the Pensacola News Journal 59-year-old Miriam Mimms stepped into the street to pick something up along the parade route Saturday evening when she was apparently bumped from behind and fell into the path of a float.

Officials say a safety person walking with the float saw Mimms fall and pulled her head away from the path of the float’s tire. Authorities say the float ran over the left torso.

The parade was delayed for about 30 minutes. The incident is under investigation.

I guess she just wasn't expecting a float to come by at the parade and it jumped out in front of her. 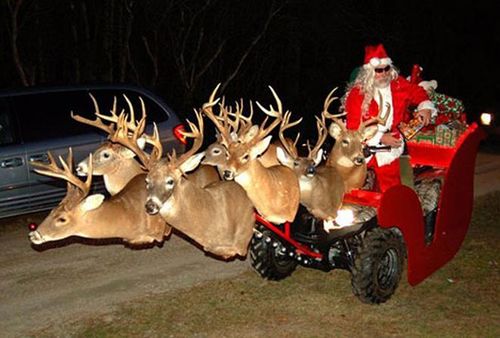