I, For One, Welcome Our New Overlords 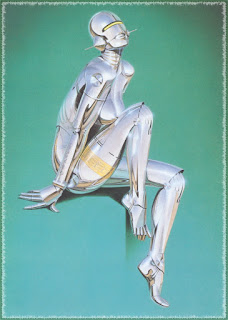 After all, how much worse than our politicians can they be? Sex robots would give us only what we think we want, and not what we truly desire


Nothing says Christmas like a conference called “Love and Sex with Robots”. While many spent the week contemplating the birth of a baby two millennia ago, Goldsmiths University played host to the second international congress on congress with machines. One of the team said drily that it was great to see such a large number of journalists at a specialist academic gathering.
. . .
What’s missing from this conversation, of course, is the extraordinary complexity of human desire; the fact it takes a lifetime to uncover your own true yearnings. So much of what we say we want in a partner, especially when young, is peer-approved twaddle: a naif daydream about someone who looks like a model, is always lucratively employed and charms everyone they meet. A few years on, you meet and fall for a geek in an anorak, whose livelihood is precarious and manner offhand – yet you would cross Siberian wastelands to be with him. Once uncovered, our cravings often evolve, or change, because our desires are at the core of all that motivates us; once we’re sated we need a new horizon to run towards. Observation of friends and family generally informs you that most humans don’t like love to be simple. Lust is so often piqued and swelled by frustration and denial. 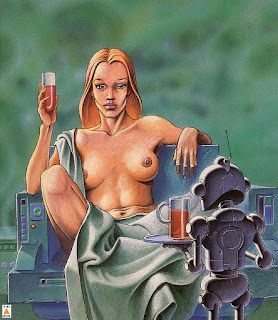 Key to all this is the desire to be chosen. We want the elusive beloved to say of their own free will “Yes, it is you I want,” against all our previous expectation. This is the miracle most of us seek – not a pre-programmed machine. Indeed, when you consider the perverse and somewhat torturous nature of human longing, the best question (as posed by one woman at the conference) is: why would a robot want to marry a human?

The title assumption here is not immediately obvious to me. If robots equipped with AI were given sufficient information, why shouldn't they be able to be more objective about determining what people really desire, as opposed to us self centered, highly biased biological systems? Of course the general assumption is that more men than women would choose robots for sex, but the evidence suggests that both sexes find some solace in mechanical partners: 'We don't hurt anybody, we are just happy': Woman reveals she has fallen in love with a ROBOT and wants to marry it. 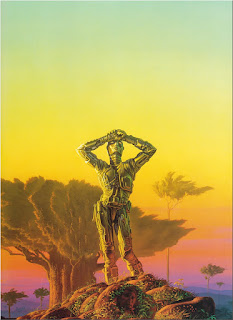 Lilly’s partner is a robot called InMoovator, who she 3D-printed herself and has been living with for a year. On her Twitter page, where she goes by ‘Lilly InMoovator,’ she says: ‘I'm a proud robosexual, we don't hurt anybody, we are just happy.’

Now, Lilly is reportedly engaged to the robot and says they will marry when human-robot marriage is legalised in France. Lilly said she realised she was sexually attracted to robots at the age of 19 because she dislikes physical contact with people, news.com.au reported.

'The first marriage will be before, not after 2050,' best-selling author and robot expert Dr David Levy said during the Love and Sex with Robots conference at Goldsmiths University, London.

She insisted the idea is not ‘ridiculous’ or ‘bad’ but simply an alternative lifestyle. ‘I’m really and only attracted by the robots,’ she said.

However, she declined to say whether she and InMoovator have a sexual relationship.
‘My only two relationships have confirmed my love orientation, because I dislike really physical contact with human flesh.’ 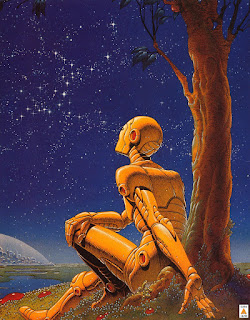 I can see where that might be a problem with most men. Other women found other benefits to the robotic partner:  Male sex robots with 'bionic penis' to offer ultimate pleasure experience

Robot blokes will be armed with batteries and eventually will be able to be electrically charged to keep them going for as long as they are needed, top CEO of luxury sex doll company Matt McMullen revealed.

Verbal cues will be built into the cyborg so he can “respond” to her desires – such as “faster”, “slower” and “keep doing that”.

Speaking exclusively to Daily Star Online, the sex robot pioneer said: “We’re going to be working into equation the ability to plug the robot in.

“If it’s got power and you’ve got it plugged in it will go as long as you want.”

Conversation and back stories are also vital for giving women the sexual experience they want in the bedroom, Matt added.

The robots will come in all shapes and sizes – with only the “sky as your limit”.

Wombat-socho at The Other McCain steps up with "Rule 5 Sunday: Happy New Year!"
Posted by Fritz at 5:39 PM