She Said "When I Itches, I Scratches" 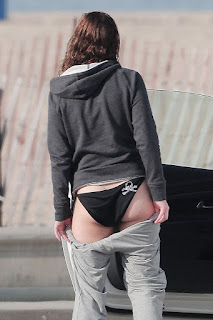 US actress Jennifer Lawrence has apologised after telling a story about scratching her "butt" on sacred rocks in Hawaii.

In a statement on Facebook, she said she meant "absolutely no disrespect to the Hawaiian people".

The actress had told the BBC's The Graham Norton Show that the incident happened when she was filming The Hunger Games in the US state.

She faced a backlash, with some viewers calling on her to apologise. 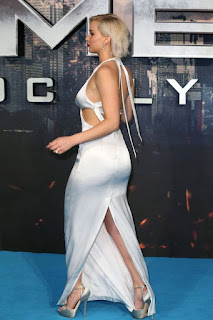 I hope they put up a sign for a tourist attraction "JLaw scratched here. $10 a sniff."


Lawrence, who won an Oscar for her role in the 2012 film Silver Linings Playbook, had told the BBC presenter she had been filming in a location where there were "sacred rocks".

"I, however, was in a wetsuit for this whole shoot so - oh my God, they were so good for butt-itching. One rock that I was butt-scratching on ended up coming loose. 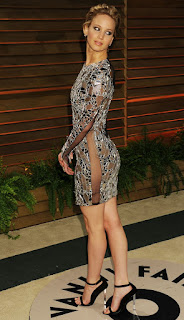 If it wasn't sacred before, it's sacred now.


"It was a giant boulder and it rolled down this mountain and almost killed our sound guy."

She added: "His whole station got destroyed, it was a huge dramatic deal and all the Hawaiians were like 'Oh my god, it's the curse'. And I'm round the corner going, 'I'm your curse - I wedged it loose with my ass'."

More than 1.3 million people watched the clip after it was posted on BBC One's Facebook page. 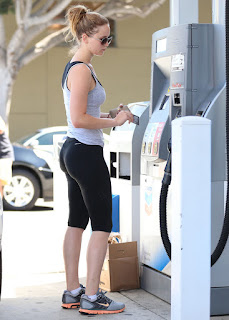 I wonder if the Hawaiian's were serious, or if they were bullshitting her. Polynesians have a sense of humor too.


Some viewers called on Lawrence to apologise for her comments.

Arghya Ghosh commented: "Weird to see how perspectives work, I mean it's funny to her because she doesn't belong to that culture. I mean if you destroy a historical or cultural site, it's pretty much a crime."


There was a young lady from Natchez
Whose clothes were all tatters and patches
When queries arose
on the state of her clothes,
She said, when I itches, I scratches.

Wombat-socho has "Rule 5 Sunday: The Week Before Christmas" ready for your viewing pleasure at The Other McCain.
Posted by Fritz at 6:00 AM