It Happens Every Winter 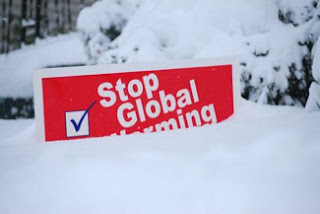 
A small group of global warming activists protesting oil and gas drilling outside the Department of Interior office in Colorado Thursday morning were met with bitter cold weather and snow.

About 10 “Keep It In The Ground” activists waved signs next to a busy road in the Denver area, calling for the Obama administration to stop issuing leases so companies can drill on public lands. Activists say drilling only exacerbates global warming. 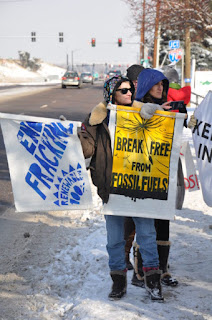 I hope they walked from wherever they came from, instead of using a fossil fueled car, or a coal powered electric vehicle.


The irony, however, is activists stood outside about 4 inches of snow with temperatures hovering in the 20s — in degrees Fahrenheit. The official low temperature was negative 10 degrees early Thursday morning, according to the National Weather Service.

I still don't understand why they don't have global warming protests in the dog days of summer. Maybe they can't stand to go out in the heat. Besides, nude protests get a lot more media coverage.
Posted by Fritz at 4:59 PM