The Pyramids of Antarctica

The next phase of phake news? GREAT PYRAMID OF FREEZER Mysterious ‘pyramid’ is buried in the icy wastes of Antarctica, The four-sided object, spotted on Google Earth, has scientists baffled 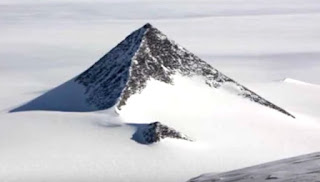 THIS is the Google Earth location which conspiracy theorists are now claiming is a mysterious Antarctic pyramid.

The bizarre spot has been shared widely on YouTube, with enthusiasts claiming that it is proof humanity once lived in the area and built a man-made structure.

Kind of looks like a crooked sided pyramid, doesn't it.


Some scientists have theorised that the frozen area of Antarctica was once much warmer – with possible temperatures of up to 20C.

Addressing the topic of climate in the region, Dr Vanessa Bowman of the British Antarctic Survey once said: “Go back 100 million years ago and Antarctica was covered in lush rainforests similar to those that exist in New Zealand today.”

True enough, if you go back to the era of the dinosaurs. Do we imagine sentient dinosaurs building pyramids in a jungle Antarctica? If so, it would be unlikely for the pyramid to survive. Look at what a mere 4000 or so years have done to the Egyptian pyramids. 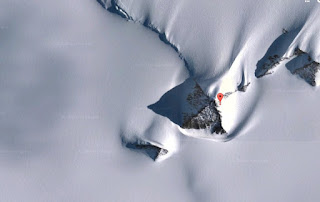 Actually, there's a pretty simple explanation for a mountain looking like that, volcanic dikes. Looking at the site from the top:

See those two ridges radiating away from the pyramid? Now compare that to Ship Rock in the New Mexico: 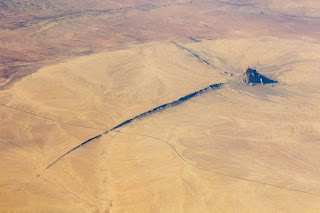 The radiating lines are intrusions of erosion magma into splits in the ground around the original volcano, most of which eroded away. 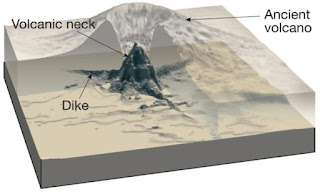 Am I right? Maybe, but it sure seems more likely than a dinosaur civilization or time travelling Egyptians.
Posted by Fritz at 3:34 PM