Wyoming wind project may get permit to kill eagles

One of the biggest wind energy projects under development in the U.S. got closer Thursday to securing a federal permit to kill a limited number of eagles without penalty.
A final plan released by the U.S. Fish and Wildlife Service would help ensure the Chokecherry-Sierra Madre wind farm in south-central Wyoming doesn’t kill too many bald and golden eagles with its hundreds of spinning turbine blades.

Power Company of Wyoming could get two permits as soon as January if Fish and Wildlife gives final approval to the plan. One permit would allow removal of unoccupied eagle nests during construction of the first 500 of potentially up to 1,000 turbines.

A five-year permit would allow up to 14 golden eagle deaths a year during operation. Power Company of Wyoming, a wholly owned subsidiary of the Denver-based Anschutz Corp., would offset those deaths by retrofitting existing power lines so they can’t electrocute eagles. 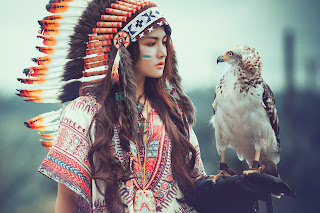 So, they could fix them so they wouldn't kill as many eagles but they haven't? It must not be that important, right?


The goal would be no net loss of golden eagles, if not a net benefit for the species.

“We know that golden eagles get electrocuted. There’s a way to estimate how frequently they get electrocuted by power lines that are not safe,” said Clint Riley, Fish and Wildlife assistant regional director for migratory birds.

“They have to fix enough power poles to try to match up the number of eagles that would be saved by those actions compared to those that would be taken by the wind farm.”

The permit would allow as many as two bald eagles per year to be killed. The company wouldn’t have to take measures to offset bald eagle deaths because bald eagles, as a species, are abundant enough to withstand those losses, according to Fish and Wildlife.

I suppose we could spare a couple from the Chesapeake Bay area. But they might be kind of lost without Ospreys to steal from for six months out of the year.

Aren't eagles supposed to be sacred to Redskins Indians Native Americans or something? Now that they're done with Standing Rock, maybe they could come protest this.

Wombat-socho has "Rule 5 Sunday: The Week Before Christmas" ready for your viewing pleasure at The Other McCain.
Posted by Fritz at 5:35 PM