Jumping the Gap at Clinton.com

Oh sure, why not? Passwords are such a hassle, and get in the way of doing the everyday work. FBI investigating if Clinton aides shared passwords to access classified info

The FBI is investigating whether computer passwords were shared among Hillary Clinton's close aides to determine how sensitive intelligence "jumped the gap" between the classified systems and Clinton's unsecured personal server, according to an intelligence source familiar with the probe.

The source emphasized to Fox News that “if [Clinton] was allowing other people to use her passwords, that is a big problem.” The Foreign Service Officers Manual prohibits the sharing of passwords.
. . .
Fox News was told there are several potential scenarios for how classified information got onto Clinton’s server:
Most of these scenarios would require a password. And all of these practices would be strictly prohibited under non-disclosure agreements signed by Clinton and others, and federal law.

‘Potential Criminal Charges’ Could Be On The Way To Hillary, Aides


A Department of Justice decision to grant immunity to Hillary Clinton’s top IT aide indicates officials are “considering potential criminal charges” against the former secretary of state or her aides, according to a source familiar with the investigation.

“Giving him immunity” indicates “they are considering potential criminal charges against people higher up in the chain,” said the source who requested anonymity because he is not authorized to discuss the investigation with reporters.
. . .
Brigadier General Kenneth Bergquist, a former high-ranking intelligence and special operations official who is now a practicing attorney, told The Daily Caller News Foundation that Clinton and some of her aides face the prospect of multiple federal charges, including “knowingly” concealing operation of the private server from State Department security officials, as well as a public corruption charge of “honest services fraud.”

The private unsecured email server was a very open secret. The only people who seem to have not known about it were the people responsible for filling FOIA requests. Speaking of which:

She Broke the Law, but will the Law Win? Hillary And The Law


The Weekly Standard on Hillary's email:

One thing I find interesting is that these relate to mishandling of classified information and obstruction of justice. What I don't see (maybe in the obstruction charge?) is recognition of her non-compliance with the FOIA, which even PolitFact realized was a problem a year ago:


"While Clinton may have technical arguments for why she complied with each of these and the other rules that have been discussed in the news, the argument that Clinton complied with the letter and spirit of the law is unsustainable," said Douglas Cox, a law professor at City University of New York who studies records preservation.
...
A federal record is any documentary material, regardless of physical form, made or received by a government agency, according to the National Archives and Records Administration (NARA), which oversees federal recordkeeping. Records are preserved as evidence of the agencies’ activities, decisions and procedures. Each agency is responsible for maintaining its records in accordance with regulations.
It would have been a violation of the NARA's rules in the Code of Federal Regulations for Clinton to use personal email exclusively, Metcalfe said. The code requires federal agencies to make and preserve records that duly document agency activity, so that they are readily available when needed -- such as for FOIA requests or congressional inquiries. Using personal email exclusively is contrary to proper record preservation.
"Anyone at NARA would have said you can’t use a personal email account for all of your official business," said Metcalfe, who held his position in part during former President Bill Clinton’s administration.

Well. Hillary's behavior notwithstanding, "FOIA" does not stand for "Freedom of Information Aspiration". Judicial Watch has been pursuing compliance through civil actions, with some success.
MORE: Judge Napolitano at Reason:

Jazz Shaw thinks Maybe it’s time to just arrest both Clintons. Hillary for her email violations, and Bill for his election law violations. Sounds good to me. But you can always count on the New York Times to look on the sunny side of Democrat crimes: NY Times Report Debunks Severity of Emailgate With Classic Clintonian Wordsmithing


Here comes The New York Times with a report countering such expert opinions. Based on unnamed government sources said to be close to the EmailGate investigation, it explains that the computer security logs Mr. Pagliano handed over to the FBI “showed no evidence of foreign hacking.” This is important, since Ms. Clinton’s server was known to have been subjected to “spear-phishing” attacks that have been traced to Russia. Based on this account, they did not work. On cue, the Clinton campaign spokesman, Brian Fallon, explained, “We’re not aware of any evidence whatsoever that the server was hacked.”
. . .
There is wordsmithing of a classic Clintonian kind going on here that requires a bit of unpacking. In the first place, the use of the term “hacking” obscures as much as it explains. It’s not a word normally used by intelligence services, since it conjures images of unwashed teenagers in basements. Spy agencies which practice advanced signals intelligence or SIGINT instead use terms like “active SIGINT” to describe their sophisticated, multilayered efforts to break into protected or encrypted information systems.
. . .
However, unencrypted IT systems don’t need “hacking”—normal SIGINT interception will suffice. Ms. Clinton’s “private” email, which was wholly unencrypted for a time, was incredibly vulnerable to interception, since it was traveling unprotected on normal commercial networks, which is where SIGINT operators lurk, searching for nuggets of gold.

They hunt for data with search terms called “selectors”—a specific phone number, a chatroom handle, an email address: here Ms. Clinton’s use of the “clintonmail.com” server was the SIGINT equivalent of waving a huge “I’m right here” flag at hostile intelligence services. Since the number of spy agencies worldwide capable of advanced SIGINT operations numbers in the many dozens, with Russia and China in the top five, that Ms. Clinton’s emails wound up in the wrong hands is a very safe bet, as any experienced spy will attest.

WAPO tries to spin Hillary's email as less troubling than General Petraeus sharing his diary with his lover (who had a security clearance). The Email Investigation With New Petraeus Spin. Found via Wombat-socho's "In The Mailbox: 03.03.16"

Current and former officials said the conviction of retired four-star general and CIA director David H. Petraeus for mishandling classified information is casting a shadow over the email investigation.
The officials said they believe that Petraeus’ actions were more egregious than those of Clinton and her aides since he lied to the FBI, and classified information he shared with his biographer contained top secret code words, identities of covert officers, war strategy and intelligence capabilities. Prosecutors initially threatened to charge him with three felonies, including conspiracy, violating the Espionage Act and lying to the FBI. But after negotiations, Petraeus pleaded guilty to a misdemeanor charge of mishandling classified information.

Since Petraeus merely resigned, paid a fine and took a wrist slap Hillary is all good. Away we go.

When in trouble, shoot the watchdog.  Clinton Takes Aim at Another Government Watchdog. Hillary intends to smear the State Department IG office in an effort to wriggle out of political damage or jail.

As well it should, Libyan War Emerges to Haunt 2016 Presidential Campaign Yes, let's not forget where this all started.


. . . We now have hard evidence that then Secretary of State Hillary Clinton knew the truth. On the night of the attack, Clinton sent an email to her daughter admitting terrorists were responsible. "Two of our officers in Benghazi were killed by an al-Qaida (sic) like group," she wrote. Then she strolled off and blamed the video for inciting Muslims.

An ongoing investigation into Clinton's criminal failure to secure classified national security information produced the email. The politically correct can bark til Hell freezes Donald Trump. Clinton's problem isn't email; it's failure to comply with the clear and certain laws governing the protection of classified intelligence information. That is the legally correct frame. 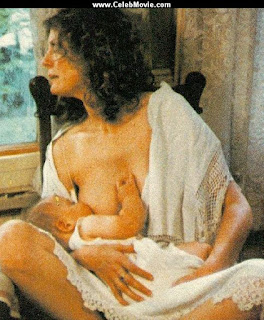 
"You know, there's a lot of people I've talked to who are afraid," the Oscar-winning actress, a staunch Sanders supporter, told The Hollywood Reporter.

The actress asserts that there are backers who "say 'I am definitely supporting him, but I'm afraid to come out' because either I am woman and I don't want to get shamed — because that has been a big part of what the response has been — or they say, 'I am just waiting to see what happens.'"

Sarandon added: "I understand [celebrities] who say they are waiting because you put yourself out there for [interviews] like this. And people, especially if you're a woman, are making it very, very difficult."

I wonder if that makes her more sympathetic towards Hollywood conservatives. I doubt it.

Wombat-socho's "Rule 5 Sunday: Animal Magnetism" is ready at The Other McCain.
Posted by Fritz at 1:21 PM