The move meant that quota determinations for menhaden – a forage species for a variety of ocean predators on the Atlantic coast of the U.S. – would be based on ERPs. The final quota decision will now be made based on the availability of the stock, and on the influence it has on the predatory species that consume menhaden as a primary food source.

The move was welcomed by both environmental groups and industry members. The Chesapeake Bay Foundation, one of the nonprofits that had pushed for ERPs to be considered in setting the quota, applauded the new quota system as a “first step to formally considering the importance of menhaden to other predators, including striped bass, bluefish, and weakfish.” 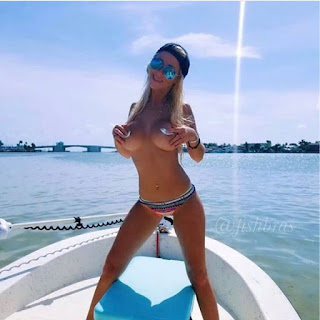 The National Wildlife Federation, as well, called the decision to move menhaden’s quotas to a system using ERPs a “world-wide model” for other forage fish species.

Menhaden itself makes a logical target for management via an ecosystem approach, given its spot in the food chain.

The scientists developing the model gravitated toward using striped bass as one of the models for ERPs due to its sensitivity, according to Chagaris.

"We started focusing on using striped bass essentially as an indicator species for the ERPs, but we also recognized that in doing this there’s no single correct answer. There’s actually a continuum of solutions along this trade-off frontier,” he said. “Where you want to be on that trade-off frontier depends on how you value the different components.”

The ERPs used sustaining striped bass populations at a certain level as a model for menhaden.

“These ERPs are based on fishing mortality rates that would not compromise the ability to reach single-species targets for striped bass,” Chagaris said. 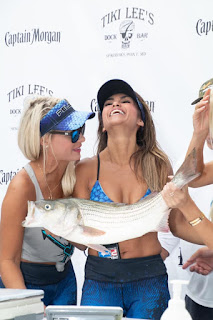 However, a new study published in Conservation Biology, “Evaluating impacts of forage fish abundance on marine predators,” has found that an ecosystem-based approach to setting quotas may end up not having any impacts at all. The study found that, for many predatory species relying on forage fish, extra management efforts are unlikely to bring any extra benefits.

“Our work suggests that the sustainable limits that we already employ are sufficient for maintaining forage fish abundance above the thresholds that are necessary for their predators,” Chris Free, a postdoctoral scholar at the University of California-Santa Barbara and study's authors, said. “Predators are highly mobile, they have high diet flexibility, and they can go and look for forage fish in places where they’re doing well, switch species for species that are doing well, and have often evolved to breed in places where there’s high and stable forage fish abundance.”

If you don't have enough data, making a model more complicated by adding additional species is only likely to make it worse.  Fisheries models traditionally are shy on good data.

The wombat has Rule 5 Sunday: Rumiko Manbagi up at The Other McCain on time and under budget.