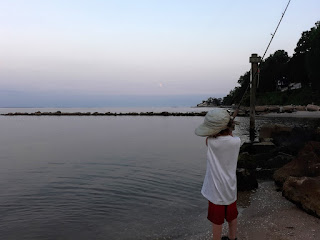 Our 6 year old step-grandson Victor is visiting for a few days. He's been wanting to fish, so we got some bloodworms and cobbled together a couple of bottom fishing rigs out of old stuff, and he and I went down to the harbor after dinner to try for some spot, croaker or white perch. 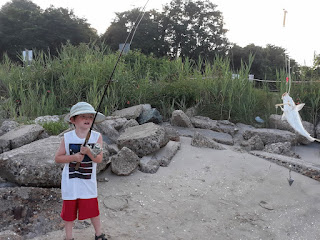 He suffers all the problems with fishing that 6 year olds typically do; not much practice casting, and an inability to leave the bait sitting on the bottom long enough for the fish to find it. Nevertheless on his own cast, he managed to catch this super speedy Norfolk Spot. 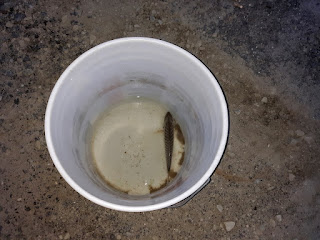 We kept it in a bucket, but when I asked him if wanted to eat the fish (I would have happily filleted it and made a Spot sandwich for him), he asked if we could keep it at home in the aquarium with my African Cichlids. He was disappointed when I told him that it couldn't live in a freshwater tank. So eventually, after his mother and Gabi came and ogled the fish, it was released. 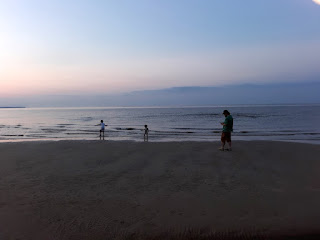 Then they all went off to play in the shallows of the bay near the north jetty. A good time was had by all, and nobody was stung by Sea Nettles 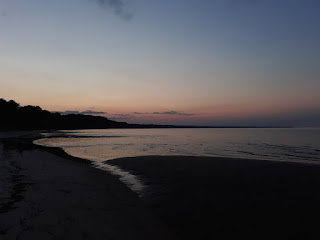 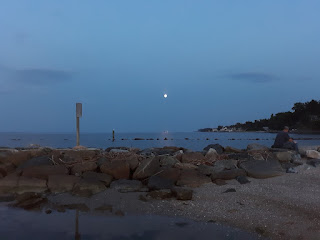