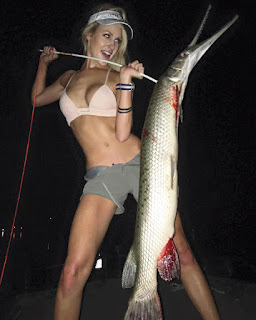 phys.org, Study calls for end to 'rough fish' pejorative and the paradigm that created it. It's from California, what do expect?

A study published in Fisheries Magazine, a journal of the American Fisheries Society, explores how colonialist attitudes toward native fishes were rooted in elements of racism and sexism. It describes how those attitudes continue to shape fisheries management today, often to the detriment of native fishes.

The study, led by the University of California, Davis, with Nicholls State University and a national team of fisheries researchers, found that nearly all states have policies that encourage overfishing native species. The study maintains that the term "rough fish" is pejorative and degrading to native fish. 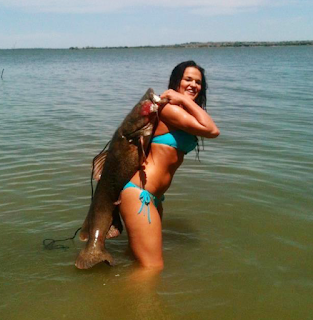 "That has bothered me for a long time," said lead author Andrew Rypel, co-director of the Center for Watershed Sciences and the Peter B. Moyle and California Trout Chair in Coldwater Fish Ecology at UC Davis. He and others have been disturbed by images of "glory killings" of native fish that periodically pop up on the internet, as well as the lump categorization of less preferred species as "rough" or "trash" fish.

"When you trace the history of the problem, you quickly realize it's because the field was shaped by white men, excluding other points of view," Rypel said. "Sometimes you have to look at that history honestly to figure out what to do." 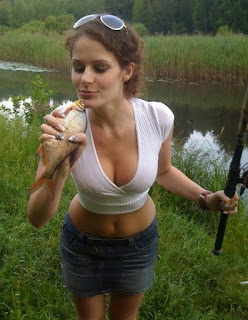 I'm sure it hurts a carp's feelings to be called a "rough" fish.

The study offers several recommendations for how anglers and fisheries managers can shift to a new paradigm that's more inclusive and beneficial to all fish and people.

The term "rough fish" dates to commercial riverboat fishing in the mid-late 1800s. Slow, heavy boats would lighten their loads by "rough-dressing"—removing organs but not fileting—less desirable species and discarding them. Biologists came to use the term to describe an unsubstantiated idea that native fish limit game fish species historically desired by Europeans. That attitude posed a major threat to many native species, which were killed in large numbers. 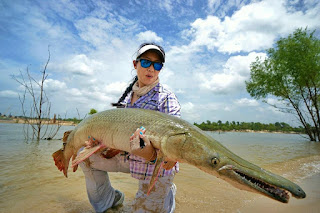 On the other hand, biologists widely credit the idea that non-native invasive species like Northern Snakeheads and Blue cats  limit game fish, too. And they likely do; there's only so much biomass a system can support. Add a lot of a new one, and you likely displace biomass of an existing species.

For instance, the alligator gar, an ancient species that can grow more than 8 feet long and weigh 300 pounds, was particularly persecuted in the past century. Called a "wolf among fishes," poison, dynamite and electrocution were used to greatly reduce its population. But now some fishers spend thousands of dollars for the opportunity to catch and release a giant gar. In 2021, Minnesota changed its statute to describe gar as a "game fish" rather than a "rough fish."

Co-author Solomon David has helped fuel renewed appreciation for gar and its relative, bowfin. He runs the GarLab at Nicholls State University in Louisiana, where he is an assistant professor. He said many native fishes, such as suckers and gars, have long been valued by Indigenous people and people of color. 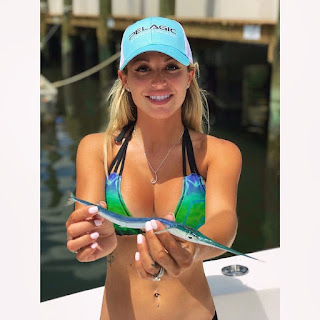 When you're hungry, you pretty much eat whatever is available, provides protein and calories, and doesn't kill you.

"European colonists heavily influenced what fishes were more valuable, often the species that looked more similar to what they're used to," David said. "So trout, bass and salmon got their value while many other native species got pushed to the wayside."

The study authors conducted a survey of fishing regulations across the United States to compare policies and bag limits on "rough fish" with those of largemouth bass, a ubiquitous sport fish. 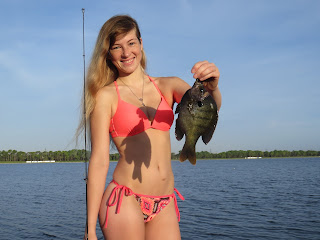 Largemouth Bass are an odd case, native to the Ohio River basin, but widely moved to other regions, where they often co-exist with similar bass species that are native  (or not).

"When I was a kid fishing, you might go to the river with a worm and catch all these interesting species," Rypel said. "The guidebook would just say 'rough fish, bag unlimited.' Not much has changed since I was kid."

The study found that no states had bag limits rivaling those for the bass. While black basses were often managed at five fish per day, regulations for most native fishes were extremely liberal. Forty-three states had unlimited bag limits for at least one native species. In the remaining states, bag limits were between 15 and 50 fish a day.

Freshwater ecosystems are threatened by pollution, habitat loss and climate change. Up to half of fish species globally are in some form of decline, and 83 percent of native California fish species are declining. Native fishes help ecosystems in many ways, including nutrient cycling and food chain support for other native species. The authors pointedly call for a "rewrite" in managing them. 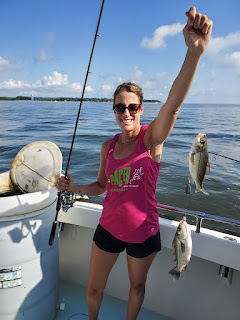 The reasons for limits are to keep fish from being fished to the point of low numbers. Striped Bass in Maryland are strictly limited, and yet, the closely related White Perch (they're in the same genus, and can cross breed) have effectively unlimited. There is just no need, as of now, to limit the White Perch fishery.

"We have a chance to redirect fisheries science and conservation and expand it with respect for biodiversity and diversity," David said. "It's been a long time coming. Change is slow, but we have an opportunity here, and we should take advantage of it."

I disagree with nearly every premise of this study. Most of the high value "sports" fish in the United States are not imported, they're native. What makes a fish a "trash" or "rough" fish is its desirability. In England, carp are a sports fish, although they are not widely eaten. In the US, except for a small coterie of devout carp fishermen, carp (which are non-native here) are widely regarded as a rough fish. I already dealt with the case of. These people are just in search of problem.

The Wombat has Rule 5 Sunday: Jodie Comer ready and waiting.