A species called Homo Iongi, or "Dragon Man," and not the Neanderthals, may represent the closest relatives to present-day humans, according to a series of studies published Friday by the journal The Innovation.

The finding, based on analysis of a more than 140,000-year-old human skull reportedly found in Harbin City, China, in 1930, has the potential to reshape understanding of human evolution, the researchers said.

"It is widely believed that the Neanderthal belongs to an extinct lineage that is the closest relative of our own species," one of the researchers, Xijun Ni, said in a press release.

"However, our discovery suggests that the new lineage we identified that includes Homo longi is the actual sister group of Homo sapiens -- we found our long-lost sister lineage," said Ni, a professor of primatology and paleoanthropology at the Chinese Academy of Sciences and Hebei GEO University.

The so-called Harbin skull, the largest of three known skulls of Homo sapiens, or early humans, currently resides at the Geoscience Museum in Hebei GEO University, Ni and his colleagues said.

The massive skull was capable of holding a brain comparable in size to modern humans' but had larger, almost square eye sockets, thick brow ridges, a wide mouth and oversized teeth.

"While it shows typical archaic human features, the Harbin cranium presents a mosaic combination of primitive and derived characters setting itself apart from all the other previously-named Homo species," said another of the researchers, Qiang Ji, in a press release.

Unfortunately, they have been unable to extract usable DNA, or even protein to check the genetics, but in a more technically oriented article, Here be humans, Razib Kahn , uses the "D" word:

My bet is that Homo longi and Denisovans are one and the same. Or, more precisely, Homo longi is one of the many Denisovan lineages. Obviously, the researchers who did the phylogenetic analysis know what they’re saying when they assert that this species mixes modern and archaic features, but physical characteristics are less informative of a lineage’s relationships than DNA is. There are several reasons for this. First, tens of millions of variable markers in human genomes can be used as comparison points for relationships. Physical characteristics are usually limited to hundreds of measurable phenotypic traits (how many ways can you define skull shape or the size of teeth?). Second, unlike assessed physical characteristics, DNA has zero subjective bias. A genomic position is A, C, G or T. How many physical characteristics are you going to define? How are you going to slice and dice skull shape? Modern imaging means that these are objective measures, but humans still decide what to measure. 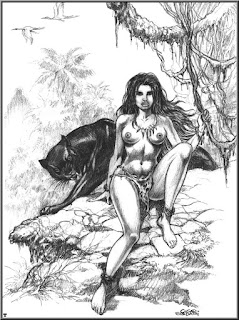 Until proven otherwise, I will continue to hope that Denisovan women were hot. How else can you explain how their genes came to be included in our genes.

Finally, and more importantly, physical characteristics are subject to natural selection. Two populations which look similar can be quite genetically different because adaptation drives convergence, from different starting points, towards similar optimized external characteristics. More concretely in this case, I believe that Neanderthals adapted very well to the cold climate of North Eurasia, and evolved away from many ancestral human characteristics that we now code as “modern.” Yes, I’m saying modern humans are quite possibly more “primitive” than our long-lost cousins. This Denisovan population and modern humans probably resemble a general ancestral variety, while the Neanderthals were hyper-specialized in their adaptations, an exemplar of evolution in overdrive. 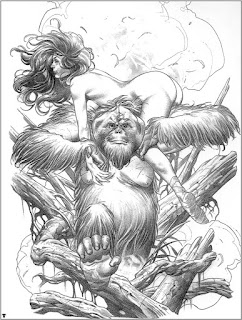 Human paleontology is sadly under developed in much of Asia, where they have had bigger crises than digging up old bones compared to Europe.

Finally, we need to acknowledge that our long-standing and intimate interest in Neanderthals may have misled us when it came to Denisovans. Neanderthals were discovered in Europe, the continent with the longest and most well-funded tradition in archaeology. But it turns out they may not be typical “archaic” humans. The best genetic work indicates that Denisovans were not one homogeneous lineage, as seems to have been the case with Neanderthals, but a diverse group that were strikingly differentiated. The Denisovan ancestry in modern populations varies considerably in relatedness to the genome sequences from Denisova cave. It is clear that the Denisovan ancestry in Papuans is very different from the Siberian Denisovan sequences. The most geographically distant Denisovan groups, those in Siberia and those from on the far edge of Southeast Asia into Wallacea, were likely far more genetically different from each other than Khoisan are from the rest of humanity. Depending on the assumptions you set your “molecular clock” with, the most distant Denisovan lineages probably separated into distinct populations from each other 200,000 to 400,000 years before their extinction. 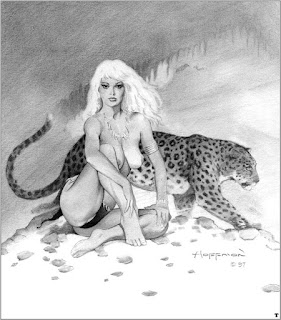 Instead of thinking of three major human species 60,000 years ago, perhaps we need to think of two families of related but heterogeneous populations (“modern humans” and Denisovan humans) and one homogeneous one (Neanderthals). Denisovan humans were clearly more closely related to Neanderthals than they were to modern humans. Their common ancestors left Africa 600,000 to 750,000 years ago, and they separated into western (Neanderthal) and eastern (Denisovan) branches. But the evolutionary history of Denisovans may share more commonalities with our African ancestors than with their Neanderthal cousins, who occupied a much more constrained and forbidding ecology across the northwestern ecozone of the continent. While the Pleistocene was cold and brutal across the world, East Asia afforded more opportunities for Denisovans to retreat southward into refuges than West Eurasia did for Neanderthals, which was separated from African escapes by the Mediterranean and harsh deserts. Neanderthals approached extinction several times for this reason, while Denisovans maintained many different and diverse lineages down to the last 100,000 years.

It is really an exciting time in the study of human evolution. I look forward to more fossils and more confusion.

The wombat has Rule 5 Sunday: Rumiko Manbagi up at The Other McCain on time and under budget.