Stone Age Men Had Their Priorities in Order 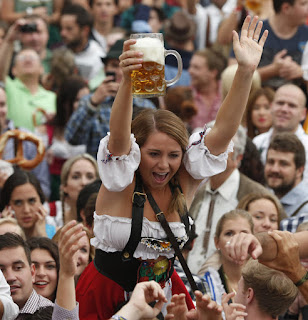 An ancient thirst for beer may have been why some early populations started growing grains, a new archaeological study suggests. The same study also pushes back the date for the oldest evidence of alcohol production.

The new evidence, brought to light by Li Liu, a professor of Chinese archaeology at Stanford, also brings forth an intriguing question: what came first, the beer or the bread? Normally, you’d think that of course, securing food comes before almost anything else — almost anything else. 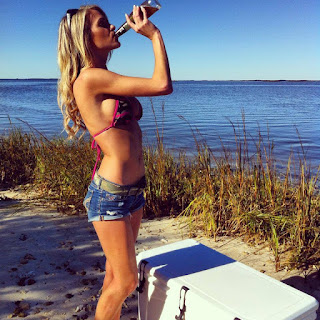 A man cannot live by bread alone; he must have beer to wash it down.

Working in a cave in what is today Israel, Liu uncovered beer-brewing innovations that predate the use of cereals in the area by several millennia. That’s right, people were brewing beer while they were still living in caves.

“This accounts for the oldest record of man-made alcohol in the world,” Liu said.

The population responsible for these innovations is called the Natufians. The Natufians lived from 12,000 to 9,500 BC, and were a rather unusual culture: they were sedentary even before agriculture became a mainstay. They may also be the ancestors of the people who founded the earliest Neolithic settlements, although that’s not yet clear. At any rate, they were certainly one of the most remarkable peoples of the time. 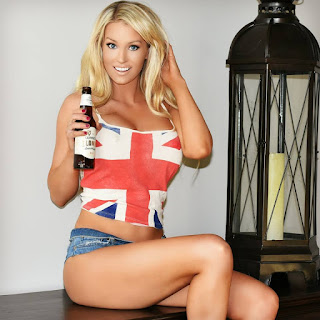 14,000 to 11,500 BC would make it on the cusp of the transition from the stone age to the agricultural era. Contrary to the article, at least, Wikipedia asserts that the Natufans did, in fact, grow grains, notably rye and also that the evidence for beer making 13,000 BP came after the evidence for bread making.


The Natufians exploited wild cereals, made bread, and, as this new study showed, made beer. Researchers believe that the beer was not brewed to get a casual buzz, but rather to use it during ritual ceremonies.

“This discovery indicates that making alcohol was not necessarily a result of agricultural surplus production, but it was developed for ritual purposes and spiritual needs, at least to some extent, prior to agriculture,” Liu said about their findings.

The discovery was made after Liu analyzed residues from 13,000-year-old stone mortars found in the Raqefet Cave, a Natufian graveyard site located near what is now Haifa, Israel. She found evidence of a large-scale beer production operation — it came as a bit of a surprise, particularly as it wasn’t what she was looking for. 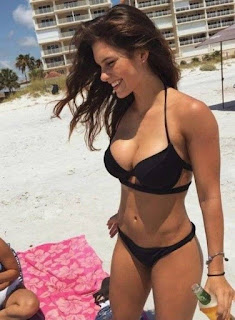 It makes you wonder what she was looking for.


It has to be said, we shouldn’t imagine the familiar golden, foamy brew — ancient beer looked and tasted much different to what we are used to seeing today. Ancient beer was most likely a porridge-like concoction, almost thick like a gruel. The Natufians also seemed to employ a three-stage brewing process, says Jiajing Wang, a doctoral student in the Department of East Asian Languages and Cultures and a co-author on the paper.

First, they’d take the starch from wheat or barley and germinate the grains in water, then strain and store them for a while — this created the malt base. Then, the malt would be mashed and heated, and finally, it would be left to ferment, with the magic being done by airborne, wild yeast.

Researchers tested this hypothesis by reproducing each step of the beer-producing process in their lab — you know, for science. Liu and Wang’s brewing experiments turned out to be quite similar with what was observed in the Natufian cave.
For now, no word on what it tastes, though.

A good guess at how beer making evolved would involve either some way to prepare the grain for eating, possibly by children or old people. After finding that cooked, malted grain turned into something magical if it got left out too long before consumption. And the rest, as they might say, is prehistory.

Linked at Pirate's Cove in the weekly Sorta Blogless Sunday Pinup and links. Wombat-socho has Rule 5 Sunday: Oktoberfest up and running.