Russiagate: All aboard the Rosenstein Roller-Coaster!

Up and down and flying around fast, and ultimately going nowhere? Rosenstein Roller-Coaster: Safe Until After The Midterms?

Consider this a reminder of the wisdom of keeping your arms and hands inside the ride at all times until it comes to a complete stop. Tomorrow was supposed to be the next scheduled ride of the Rod Rosenstein roller coaster as the deputy Attorney General meets with Donald Trump, presumably about his job status. On Monday, every major news outlet had Rosenstein fired or quitting under duress, until … he went back to work after leaving the White House. This time, the Washington Post is hedging its bets:


While it remained possible that Rosenstein could still resign or be fired imminently, people inside and outside the department said it seemed increasingly more likely that Rosenstein would stay in the job until after November’s elections and then depart, probably along with the attorney general. Two White House officials said Tuesday that Trump is unlikely to fire Rosenstein until after the midterms.
Forcing out the deputy attorney general in the next month could motivate Trump’s detractors to turn out for elections in which dozens of congressional seats are in play and Republicans are fearful they are at risk of losing control of the House. And those who have observed Trump and Rosenstein together or have been told of their interactions said the president seemed to hold Rosenstein in somewhat higher regard than he did Sessions.

This makes more sense than any of the speculation on Monday. What would be gained by firing Rosenstein now, or even having him resign under his own steam, that couldn’t be gained by doing it in November or January? As I wrote in my column for The Week, figuring out a cui bono might be more difficult than locating Waldo:

And back to the start we go: President Trump says Rod Rosenstein should stay in his Justice Department job


Two days after Deputy Atty. Gen. Rod Rosenstein appeared to be on the verge of getting fired, President Trump said he would like to keep him as the Justice Department’s second-in-command.

"My preference would be to keep him and let him finish up,” Trump said during a news conference on Wednesday in New York.

But just in case: Rod Rosenstein’s Fate Might Determine Whether You See The Mueller Report


At the moment, Solicitor General Noel Francisco is the next Senate-confirmed Justice Department official in line to supervise the Russia probe. A draft of a statement from Attorney General Jeff Sessions, obtained by Axios, indicated that Francisco would, in fact, take over oversight of the investigation, which Sessions in the draft statement said he hoped would come to an “expeditious resolution… consistent with the rule of law.”

Francisco is currently serving in the same position as Robert Bork, who carried out President Richard Nixon’s order to fire Watergate prosecutor Archibald Cox. It’s not entirely clear how Francisco would react if Trump were to pressure him to shut down the Mueller investigation in his new capacity.

And it’s unclear to what extent Francisco would be committed to informing the public of Mueller’s findings.

The Mueller probe probably won’t result in criminal charges against the president. What’s more likely is that Mueller’s team will compile a final report on its findings, which would then be delivered to Rosenstein or his replacement. Rosenstein, or Francisco, could choose to keep that final full report from the public.

From a Deep Stater: How Rosenstein can protect the Mueller investigation — even if he’s fired "I wrote the special counsel regulations. This is what he should do before his meeting with Trump."


The special counsel regulations did contemplate interim reports to Congress in certain circumstances. Nothing in the regulations forbids them, and while there are possible restrictions on grand jury material and the like, there is much information that could be provided. Rosenstein could, right now, tell Congress (or even a small group of members, with appropriate safeguards, including secrecy) what has happened — what Mueller has learned so far, whether Rosenstein has ever said “no” to Mueller and where the investigation is headed now.

Such a move would be unusual, to say the least. But it is a way for Rosenstein to safeguard his legacy. And it could also safeguard the very principle that no one is above the law. Not even the president — and not even this president. 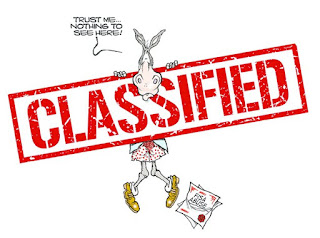 Meanwhile, Congress continues to press Rosenstein for information on his comments regarding Trump and the 25th Amendement: House Panel To Subpoena DOJ For McCabe Memos

Virginia Rep. Bob Goodlatte, the chairman of the Judiciary panel, said Sunday that he would subpoena the memos if the Justice Department did not provide them by Tuesday. A House Judiciary Committee aide told TheDCNF that the subpoena process is underway.

The forthcoming subpoena suggests that DOJ did not turn over the documents in full.

McCabe’s memos took on a new significance on Friday, when The New York Times reported that he claimed in some of the documents that Deputy Attorney General Rod Rosenstein offered to wear a wire during conversations with President Donald Trump. McCabe also reportedly wrote that Rosenstein discussed using the 25th Amendment to remove Trump from office.

Rosenstein vehemently denied the allegation, and Justice Department sources have asserted that he was joking about spying on Trump.

Did the Obama Admin sic Military intelligence on the Trump campaign too? Mueller Team Interviewed US Embassy Official About Papadopoulos Contacts


Prosecutors working for Special Counsel Robert Mueller interviewed an official at the U.S. embassy in London last year about his contacts during the 2016 presidential campaign with George Papadopoulos, the former Trump campaign adviser who sparked the FBI’s collusion investigation.

Terrence Dudley, a former Navy commander who works with the Office of Defense Cooperation, told The Daily Caller News Foundation that Mueller’s office contacted him to discuss several meetings that he and a colleague had during the campaign with Papadopoulos. The former Trump aide recently identified Dudley and his colleague, Greg Baker, in a tweet alleging that the pair were sent to spy on him on behalf of the U.S. government.

“I think it’s also important for me to detail my interactions with US intelligence officials from US Embassy, London. Gregory Baker and Terrence Dudley. Both wanted to ingratiate themselves in campaign via myself,” Papadopoulos tweeted on Sept. 12 — just days after he was sentenced to 14 days in jail for lying to the FBI about other contacts he had during the campaign.

Both Dudley and Baker dispute Papadopoulos’ tweet, saying they reached out to Papadopoulos out of personal curiosity.

“We approached him from a more fascinated standpoint trying to figure out what his game was,” Dudley told TheDCNF by phone from London. “Who’s funding him to be here [in London]? How does he actually get away with doing that?”

Personal curiosity, my ass. I still want to find out if the Mysterious Mr. Mifsud was a CIA plant. 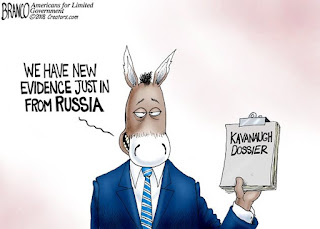 California man in 'state of fear' after aiding Mueller probe


A California man who unwittingly sold bank accounts to Russians meddling in U.S. elections is living in a "constant state of fear" after becoming a government cooperator, his attorney said in a court filing Wednesday.Richard "Ricky" Pinedo has received death threats after testifying before a grand jury and helping special counsel Robert Mueller secure an indictment against 13 Russians accused in an elaborate plot to disrupt the 2016 presidential election, his attorney, Jeremy Lessem, said in court papers.

The 28-year-old Santa Paula man pleaded guilty in February to using stolen identities to set up bank accounts that were then used by the Russians. Prosecutors have acknowledged he didn't know that he was dealing with Russians. Arguing that his client should only be sentenced to probation, Lessem said in court papers that Pinedo has accepted full responsibility for his actions and provided "crucial insight into internal flaws embedded in the online financial verification system."
. . .
Pinedo first learned he was in the FBI's crosshairs when federal agents raided his family's home in December 2017. Without a promise of immunity, Pinedo sat down with investigators from the special counsel's office and agreed to testify before a grand jury that was investigating Russian interference in the 2016 presidential election, according to Lessem. Since then, Pinedo has noticed "strange unidentified vehicles" parked outside of his home, will not travel outside of the U.S. and suffers from anxiety driving around his neighborhood, Lessem said.