Up the Klamath and Back Again 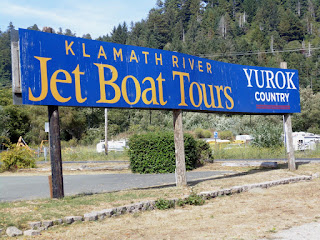 Today's entertainment was a trip up the Klamath River in a jet boat. We drove up to where the Klamath crosses Highway 101. 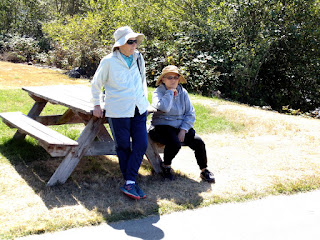 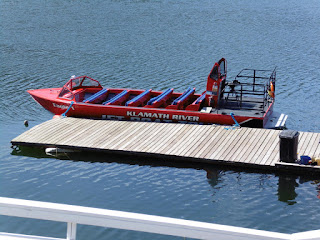 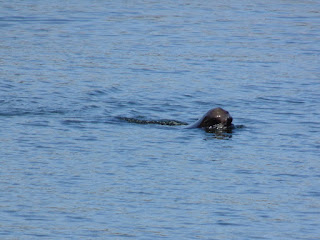 A sea lion hunting salmon in the estuary. 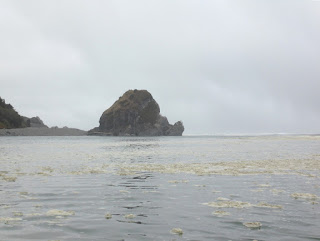 In the estuary, near the mouth of the river, where it joins the Pacific Ocean. 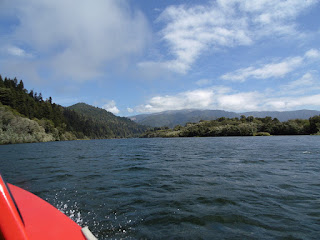 Once upstream, the fog was gone, and we had a sunny ride uo 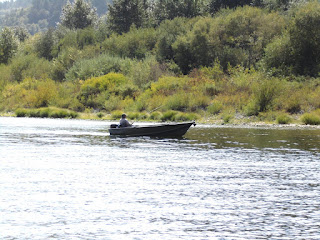 Apparently, the river has a big run of salmon going on, and there were many boats out fishing, anything from kayaks to other jet boats. 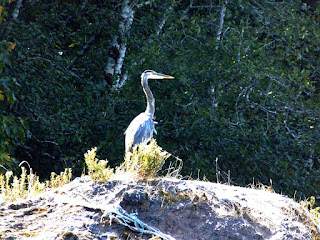 Below, one minute taste of the jet boat ride. 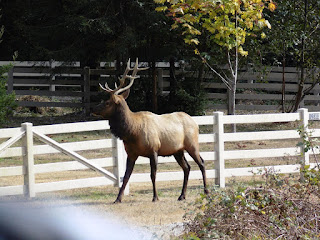 On the way home we hunted for elk, taking a long cut through Prairie Creek State Park where they often hang out. We didn't find any. But then, just south, a couple of bulls got out in the road and stopped traffic. We later saw two large herds, one out in a field near Orick, and another on the roadside near the lagoons.
Posted by Fritz at 11:34 PM