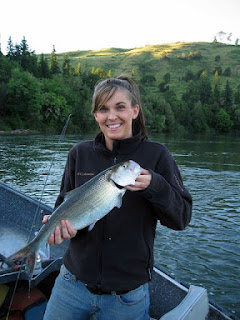 
Pennsylvania fishery officials have put on hold, at least for now, plans to close the Chesapeake Bay region’s largest remaining shad hatchery as part of a budget-cutting move.

The Pennsylvania Fish and Boat Commission at its July meeting deferred the decision it made last year to cut $2 million from its budget for this year.

That cut would have closed three hatcheries, including its Van Dyke Research Station along the Juniata River, which has reared more than 281 million American shad and released them in the Susquehanna River over the last 42 years. 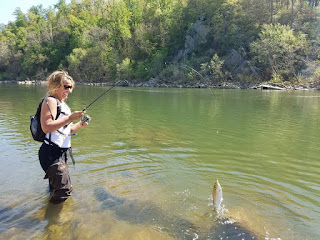 So that's about 6.7 million shad released each year on average? That's a lot of fish. And if the whole $2 million was for shad (it's not) that would be 3 fish for a buck.


The reversal came after leaders of the House and Senate Game and Fisheries Committee said they would seek additional funding for the commission next year.

Although the Fish and Boat Commission is an independent state agency, it cannot unilaterally approve a hike in its primary source of revenue: general fishing licenses. Those increases must be approved by the General Assembly, which has not done so since 2005.

But legislative leaders were angered last year when the commission proposed budget cuts that would close the three hatcheries, including two trout hatcheries. Some introduced legislation to limit the term of the commission’s executive director to eight years, which would have put current director John Arway out of a job. 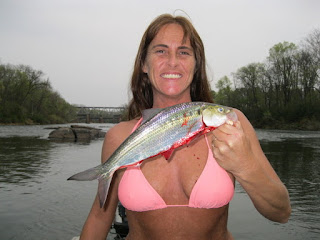 So what happens to the fish after they are released? Shad run on the Susquehanna River hits record low in 2018


The American shad “season” on the Susquehanna River ended June 3 at Conowingo Dam. And this year’s results hit a new low.

The season is the period during which an elevator at Conowingo lifts shad up past the dam during their spring spawning run. The Conowingo Dam is the first impediment spawning shad hit as they return from the Atlantic Ocean to run up the Susquehanna River. Operators of the hydroelectric dams at Holtwood, Safe Harbor and York Haven also run fish elevators, and those lifts are still operating.

But Conowingo is the gatekeeper for the annual run. Since it’s the first dam the fish hit, it always passes the most shad. While Pennsylvania does not allow recreational fishing for shad on the Susquehanna River, Maryland does, and the area below Conowingo is popular among Maryland and Pennsylvania anglers alike.

Elevator operations began at Conowingo on April 2. The first shad was lifted April 21. The elevator was shut down June 3. During that time, a total of 6,992 American shad were hoisted over the dam to continue their spawning run. That’s the lowest on record since counts began in 1997, and it’s less than half the number of shad lifted last year – 16,248.

So the return of shad to Pennsylvania is about 1 fish in 1000; and they don't get to fish for them anyway? It's no wonder they feel like they should shut it down. I'm all for the shad, but it looks to me like they're throwing good money after bad, until they fix the reason that 1 shad in 1000 makes it back up to Conowingo. And we don't know what that is.

Wombat-socho has Rule 5 Sunday: Oktoberfest up and running.