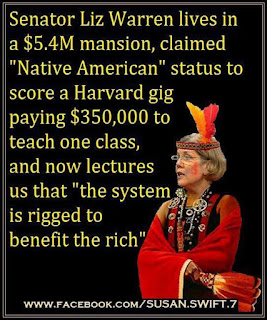 
I'm reading "Ethnicity not a factor in Elizabeth Warren’s rise in law" by Annie Linskey, in The Boston Globe.


Harvard Law School’s internal statistics from the time showed the institution was looking for female professors and had set a goal of hiring a tenured woman that year. Oddly, the law school’s internal metrics found that they believed they had sufficient minorities on staff, despite employing only five.
One area that 30 of the 31 professors interviewed by the Globe agreed on: There was no talk about her Native American claims during the meetings over her appointment. One professor emeritus, Lloyd Weinreb, said he believes her Native American ancestry was discussed. But, in an e-mail he questioned his own recollection: “I am not sure enough for you to rely on me,” he wrote.

If it were discussed, in what way would it have been discussed?


It’s not even clear that Warren would have been accepted as a true minority hire if she’d been pitched to the faculty that way. “It wouldn’t have even worked in the most diehard communities,” said [David] Wilkins, who was one of the only black law professors on staff. “Let’s be blunt. Elizabeth Warren is a white woman. She may have some Native American roots, but so do most people.”

That one comment is more significant, I think, than the fact that 30 out of 31 Harvard lawprofs affirmed to the Globe that there was "no talk about her Native American claims during the meetings over her appointment." 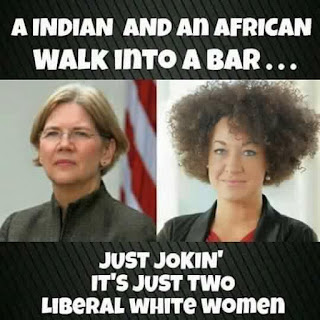 By the way, did the Globe ask these professors if there was any talk outside of the meetings? Was there any written communication? Were the professors asked if they knew that Warren was listed as Native American in the American Association of Law Schools book that all law professors get a copy of every year? Did they know and did they think about it? There could be a decorum according to which you don't openly talk about it in meetings but everyone knows and is taking it into account. And one reason not to talk about is that you know that — as Professor Wilkins clearly stated — the black law professors would have objected if her case had been presented as a minority hire. But those voting on the case may nevertheless have considered it a plus that the school would be able to say that it had a Native American law professor — which in fact it went on to do.


The Harvard Law School students who were clamoring for more diversity also did not view her as a woman of color when she was offered a job.
“In order to show a real commitment to diversity they need to do more than pass a resolution and bring in white women,” said Julie A. Su, then a second-year Harvard Law student who was quoted in the Harvard Crimson the day after Warren was offered the job.I believe this.

And, remarkably, Warren doesn’t even remember getting the offer. “I guess it should have been a big moment,” Warren said, reflecting on her inability to recall the details.That's weird, but it's doesn't affect the matter under discussion. If her putative Native American ancestry were a factor in hiring her, I can't believe it would be part of the communication of the offer. 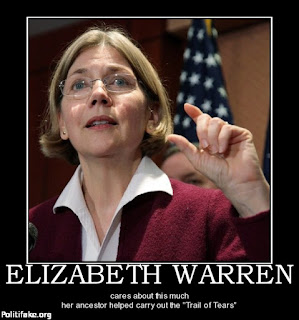 
“This is a made-up issue... This is not an issue that’s worthy of the president or anyone else.”


“It had nothing to do with our consideration and deliberation... How many times do you have to have the same thing explained to you?”

They sound testy! And imperious. Like people are idiots who don't understand their words — when really it's that people don't believe them. Actually, the testy, imperious denial may heighten suspicion. And race is something that can affect decisionmaking without anyone needing to say it explicitly. Later, maybe no one remembers anything. They may not even see it at the time. But that's too complex and unknowable to see and talk about, unless it's one of those times when we're told we must.

If I recall from my hiring, and experience on hiring committees, albeit at a far less prestigious institution than Hahvahd, it probably wouldn't make it into the offer letter, but it would probably be discussed around the table, and almost certainly discussed in talks between faculty.

The evidence is pretty good that she floated her Redskin Indian Native American roots as an accessory for her hiring maybe without stressing it too much. Whether or not the committee bought it at all, or even considered it during the hiring process is less clear. She certainly continued to keep the idea out there for quite a while, hoping to reap some other benefits.
Posted by Fritz at 1:03 PM