Fish Pic Friday - It's All About That Bass

But she pronounces it wrong.


The largemouth bass is an olive-green fish, in the North East right after ice-out, it most often has a gray color, marked by a series of dark, sometimes black, blotches forming a jagged horizontal stripe along each flank. The upper jaw (maxilla) of a largemouth bass extends beyond the rear margin of the orbit.In comparison to age, a female bass is larger than a male. The largemouth is the largest of the black basses, reaching a maximum recorded overall length of 29.5 in (75 cm) and a maximum unofficial weight of 25 pounds 1 ounce (11.4 kg). The fish lives 16 years on average.

Depending on what you mean by average.


Largemouth bass are keenly sought after by anglers and are noted for the excitement of their fight. The fish will often become airborne in their effort to throw the hook, but many say that their cousin species, the smallmouth bass, can beat them pound for pound. Anglers most often fish for largemouth bass with lures such as plastic worms (and other plastic baits), jigs, crankbaits and spinnerbaits. A recent trend is the use of large swimbaits to target trophy bass that often forage on juvenile rainbow trout in California. Fly fishing for largemouth bass may be done using both topwater and worm imitations tied with natural or synthetic materials. Live bait, such as nightcrawlers, minnows, frogs, or crawfish can also be productive. In fact, large golden shiners are a popular live bait used to catch trophy bass, especially when they are sluggish in the heat of summer or in the cold of winter. Largemouth bass usually hang around big patches of weeds and other shallow water cover. These fish are very capable of surviving in a wide variety of climates and waters. They are perhaps, one of North America's most tolerant fish.

Probably the most common large sport fish in the United States. Although I mostly fish for Striped Bass (not a particularly close relative), I have been known to slum and fish for Largemouth.

Wombat-socho has "Rule 5 Monday: Baseball Babes" up and running at The Other McCain. 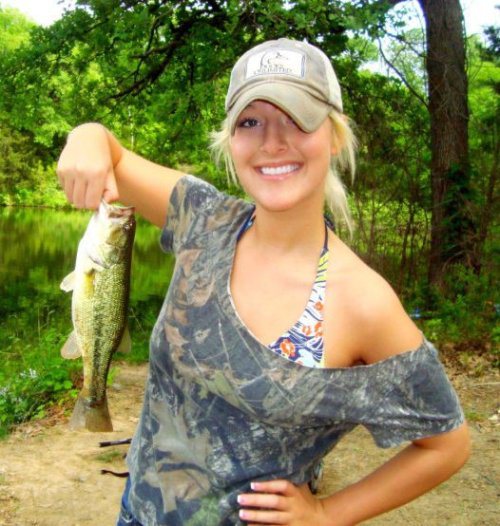 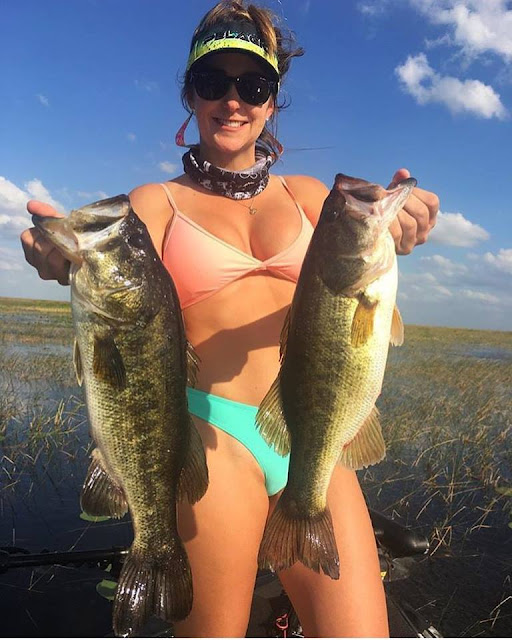 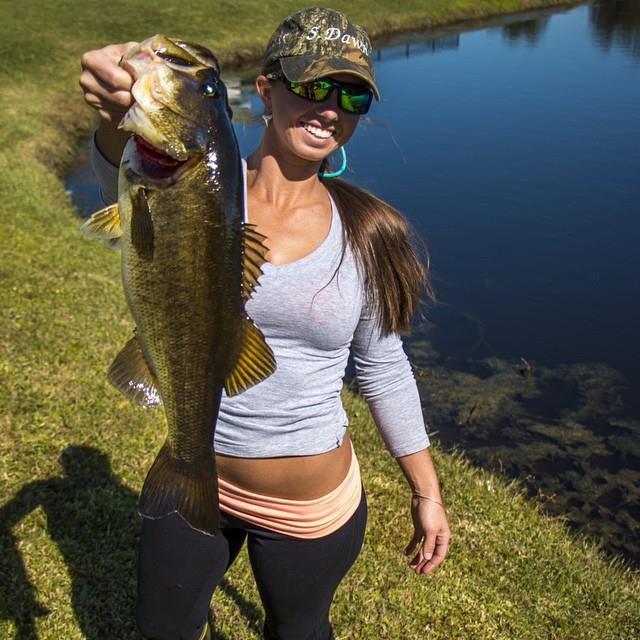 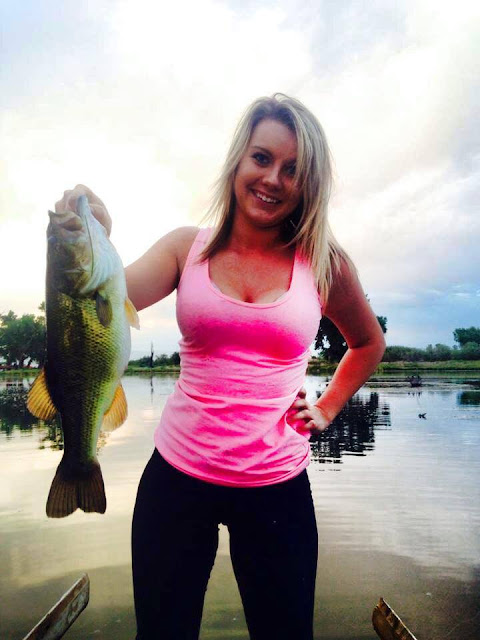 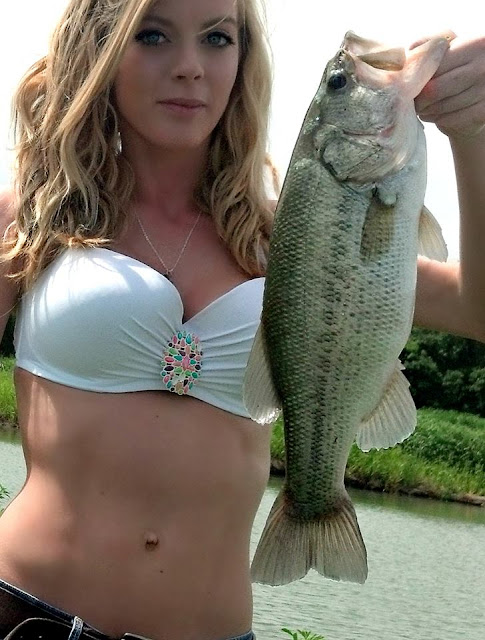