The Death Throes of Obamacare Schadenfreude . . .

. . . and the birth throes of Trumpcare Schadenfreude: 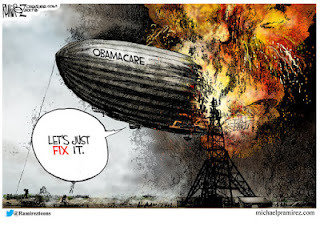 The big news is that the OMB scored the new "Ryancare" healthcare package, and the news is that AHCA saves $337B on deficit spending, but increases uninsured by 14 million in 2018. The former is good news, but the latter gives the usual suspects the opportunity to accuse the Republicans of wanting to throw grandma off the cliff. Of course, any bill that removes the mandate is going to have less sign ups than one that has a mandate. Historically speaking, OMB forecasts may be the best nonpartisan prediction, but their level of accuracy is suspect. How bad? The OMB initially overestimated 2016 Obamacare coverage by about 10 million persons. Doesn't that give you a lot of faith? When you count in the loss of other private health insurance, and employee based health insurance over the same period it's more like a 24 million person mistake. From Ann Althouse: "The implicit standard in analysis of the health insurance system is that every consumer must have government-selected coverage. But why?" 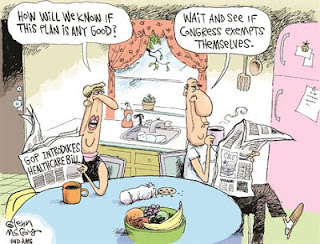 I don't know what the answers are, but I'm suspicious of mainstream media for obscuring these questions, which were also obscured when Obamacare was passed. Healthy young people who'd been choosing not to buy insurance were needed in the pool, paying premiums, to make it possible for companies to be forced to take in and keep customers with pre-existing conditions. The pro-Obamacare propaganda continually presented insurance coverage as an end in itself, as if the individual is better off with insurance. But really the idea was more that the entire system of financing health care with private insurance companies is better off if more people participate — especially more people who don't have high current expenses — that is, the kind of people who, left to their own devices, are most likely to prefer to use their money to buy something other than insurance they don't think they're going to use.

The Trump White House: We “strenuously” disagree with this CBO score of the Republican health care bill. Paul Ryan defended the bill, saying The GOP’s ObamaCare replacement will boost jobs and cut taxes, which the OMB didn't take into account. HHS Sec. Tom Price promises: ‘Nobody Will Be Worse Off Financially’ Under GOP Health Plan


"I firmly believe that nobody will be worse off financially in the process that we're going through," Price insisted when pressed by NBC's Chuck Todd during Sunday's "Meet The Press." "They'll have choices that they can select the kind of coverage that they want for themselves and for their family, not the government forces them to buy." 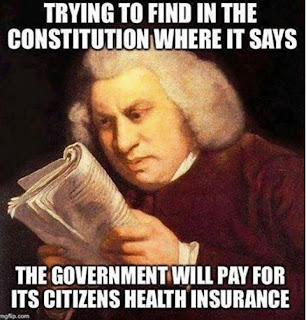 
But the heart of the AHCA consists of two proposals: replacing the Obamacare subsidies for buying insurance with refundable tax credits based on age and income, and transitioning Medicaid from today’s open-ended, federal matching-payment entitlement to a federal per-person (per-capita) payment to states, coupled with greater state flexibility to run the program.


Continetti explained that the bill shows a move away from Obamacare and a shift toward "a more center-right model."

He reiterated the importance of Trump continuing with other reforms that he promised during the 2016 campaign.

"But, it's important that Trump follow through with some of the other reforms that he called for on the campaign trail, including the critical reform of being able to shop for your insurance across state lines," Continetti said.

Anthem endorses Obamacare repeal bill. But I'm not so sure a recommendation from an insurance company is a good thing. They went in for Obamacare too. And Say … where’s the Democratic plan to fix ObamaCare, anyway? Opposition is easy. Fixing is hard. Nancy Pelosi thinks American People Have Right to Know What’s in Healthcare Bill Before It Passes I agree with her, but the Irony meter is pegged. At the Yale Law Review Federalism and the End of Obamacare.


But Gohmert’s point is that Republicans cannot let an arcane Senate rule — which is in their power to change as the majority party — prevent them from fully repealing Obamacare.

“If we don't get the more important parts of Obamacare repealed, what’s really critical is the prices of the insurance won't go down. The deductibles won't go down. It will still be hurting Americans,” Gohmert warned.

Ted Cruz may have discovered a way to totally change Obamacare without 60 Senate votes He's a sneaky little bastard, and I mean that in the best way possible.


“Under the Budget Act of 1974, which is what governs reconciliation, it is the presiding officer, the vice president of the United States, who rules on what’s permissible on reconciliation and what is not. 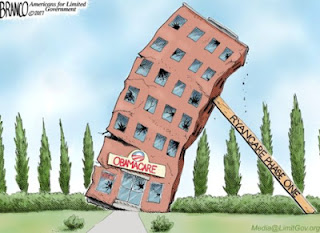 Trump warns Republicans: Support the House health-care bill or I’ll back primary challengers against you. Promises, promises. You can't say he doesn't have a history of at least trying to follow through on them. Paul Ryan is warning of Disaster if GOP health care reform fails. However, Tom Cotton predicts AHCA will end the GOP House majority, cannot pass in Senate. One of them is wrong. GOP does damage control over healthcare score. Sarah Palin on Paul Ryan’s ‘RINO-Care’: ‘Socialized Medicine’; President Trump Will ‘Step In and Fix It’.  Trump to campaign for GOP health-care bill in Rand Paul’s home state of Kentucky next Monday. Just trolling.  Dems’ Irrational Obamacare Exuberance.


ObamaCare Scammer Jonathan Gruber says Republicans setting up a ‘scam.’ “Gruber has stirred up controversy on a number of occasions after videos surfaced of him calling the American public “stupid” for allowing the Affordable Care Act to pass in the first place while being the public face of the legislation.” 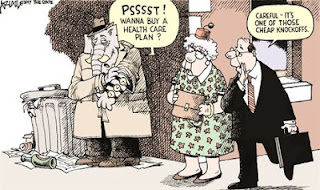 Will this whole post be moot on Thursday? The Obamacare replacement bill could die on Thursday. Stay tuned! According to Rasmussen, Voters Doubt GOP Replacement But Not As Much As They Doubted Obamacare. I guess they're not quite as dumb as some think. The Stupidity of The GOP Congressman


Going forward my advice to Congressman Ryan, Secretary Price, and President Trump is simple: Stop pretending you can do something that we know you can't. Be truthful. Democrats own Obamacare. They used a supermajority to pass a bill on a party line vote. They then used the Nuclear Option to push it through. Retaliation isn't the answer. Instead it ensures an endless cycle of political warfare that leaves constituents in the crossfire.

You owe it to the people who elected you to stand up and say that because Democrats are being obstructionists there is nothing you can do to make our health care and health insurance systems better. While you would like to see things change for the positive it falls on Democrats to come up with solutions that can come as a compromise. The compromise can't include their go-to move of throwing more money or expanding an entitlement program that is already financially unsustainable.

It must be the opposite, which is coming up with a solution to the real problem: how do we control costs of care and what ways are best to utilize insurance to help protect us from health issues that we can't control or predict.

Another vote for letting things go, and waiting for Obamacare to finish dying comes from the always interest, and usually perceptive Megan McAardle, via Wombat-socho's "In The Mailbox: 03.13.17": Best Health-Care Plan for Republicans? Wait


So what would I do to minimize the damage, within the constraints of political reality? Well, I foresee two potential futures for the current status quo. One, the exchanges where individuals buy policies could fail, leaving people unable to buy insurance. Or two, the exchanges don’t fail, and we’re left with an unsatisfactory but still operational system.

In either case, the Republicans’ best option is to wait. Why? Because what they can do now -- hastily, without touching the underlying regulations that have destabilized the individual market -- is worse than either of those outcomes. The partial-reform structure they think they’ll be able to get through the Senate is likely to make the problems in the individual market worse, not better. And the fact that they’ve tinkered with the program means that Republicans will take 100 percent of the blame.

So I’d wait to see if the long-feared disaster comes at the end of this year, and if it does I’d make sure that Democrats own as much of the blame as possible. If they want to block reform, make sure the public knows they did: Throw up a comprehensive bill that they can filibuster. Appoint a blue-ribbon commission to come up with a unified Republican plan. Stop the funding games the Democrats were using to prop up the exchanges. And if the exchanges collapse, say to the public: “Hey, look, we didn’t touch the individual market. It was the garbage program Democrats rammed down your throats. We tried to save it, but they wouldn’t let us.”

The creative use of laziness. Robert Heinlein would approve.


“Progress is made by lazy men looking for easier ways to do things.”

And a creepiness warning: This Secret Obamacare 'Replacement' Lets Your Boss Invade Your Privacy AND Gut Your Paycheck


President Donald Trump and House Speaker Paul Ryan have laid out a three-step process to allegedly "repeal and replace" the misnamed Affordable Care Act (ACA) or "Obamacare." The much-lamented American Health Care Act is step one, regulatory reform is step two, and another piece of legislation would follow as step three. As it turns out, a key measure likely to be included in step three would actually expand a controversial program in Obamacare — subverting employees' genetic privacy rights and enabling employers to gut their paychecks if they don't participate in "workplace wellness" programs.

The "Preserving Employee Wellness Programs Act" (H.R. 1313) would allow companies to force employees to undergo genetic testing or risk paying a penalty of thousands of dollars, and let employers see that genetic health information. This law builds upon Obamacare's expansion of workplace wellness programs while undercutting a 2008 law which protects genetic privacy.

"What this bill would do is completely take away the protections of existing laws," Jennifer Mathis, director of policy and legal advocacy at the Bazelon Center for Mental Health Law, told Stat News. In particular, the genetic privacy and nondiscrimination protections in the law known as GINA, and in sections of the 1990 Americans with Disabilities Act, "would be pretty much eviscerated."