Reason #5487 That Trump Was Elected

Executive branch agencies who don't want to do their jobs in a Republican administration, and their superiors who allow them to: Secret Service removes agent who didn't want to take 'a bullet' for Trump

The Secret Service will permanently remove a top special agent from her position after an investigation into her Facebook comments that she would rather not defend President Trump or take "a bullet" for him, but some agents are concerned she will simply be transferred to another government job.

About two weeks ago, the Secret Service placed the agent's prior post — the special agent in charge of the Denver District, the top job in that office — on a list of agency openings, according to two Secret Service sources.

Kerry O'Grady, the agent in question, is on administrative leave amid an internal Secret Service investigation into her Facebook comments about Trump.

Current and former Secret Service agents and officers are worried that top officials at the agency are working to shield O'Grady from being fired. 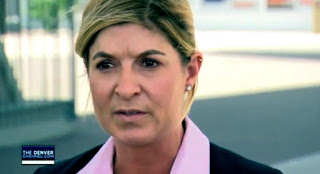 Which would be typical in the federal bureaucracy. If it can happen to a friend, it might happen to you.


They are worried that she will be transferred to another division of the Homeland Security Department and allowed to serve out her time until she can retire with a pension as the agency has done with other officials in the public crosshairs.

Like Lois Lerner, who not only retired but received bonuses after the IRS targeting of Tea Party, and the destruction of evidence.


In addition to other anti-Trump posts, on Inauguration Day, she updated her profile picture to an artist's rendering of Princess Leia with the words, "A woman's place is in the resistance."

Without a job, she won't be forced to choose whether or not to take a bullet for Trump.


KCBS reported this week that federal judge Lucy Koh gave the green light to a lawsuit against the city by Trump supporters who allege police did nothing to protect them outside of a rally where an anti-Trump mob had gathered.
. . .
The police department also issued a statement explaining that they didn’t want to risk making the violence any worse by, you know, doing their jobs.

Basically: "Arresting them would just make them angrier so we didn't." pic.twitter.com/FcgE8YaZen
— A.J. Delgado (@AJDelgado13) June 5, 2016