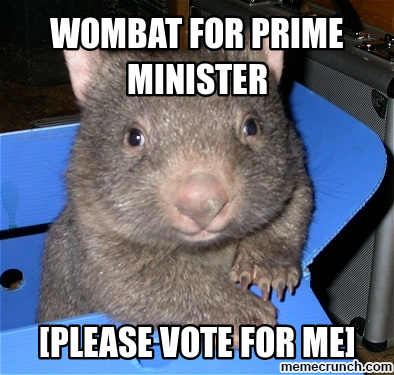 A run down of yesterdays news low lights, as seen at Wombat-socho's "Live at FiveSeven: 12.16.14"

Yesterday will go down as a banner day in Islamic terrorism:

Two Hostages Killed As Sydney Siege Ends Tragically: Abbott: Gunman known to security forces but not on terror lists; Siege triggers national security review;  “Deluded” hostage taker saw himself as martyr - Deluded, perhaps, but he did achieve martyrdom. How long will western countries continue to coddle obvious potential terrorists in their midst for fear of inflaming the Muslims. Their already inflamed.

At Least 84 Students Killed As Taliban Storm Pakistani Army School Hundreds more taken hostage. The Pakis need to take that back, no prisoners to make the point. And then deal with their moles.

Activist Professor Vivek Murthy Confirmed As Surgeon General - I don't care that much about the office, but he promised not to meddle in gun control. Begin the countdown to his breaking the promise.


Murthy, a Brigham and Women’s Hospital internal medicine physician, ran into opposition because of comments he has made on Twitter favoring gun control and because he founded an organization called Doctors for Obama in 2008 that advocated for Obama’s election and later morphed into a group called Doctors for America that supported the president’s health care law.

“The majority of his career has been spent, not as a doctor treating patients, but as an activist, an activist focused on gun control and political campaigns,” Senator John Barrasso, a Wyoming Republican and physician, said from the Senate floor Monday.

Troops Not Amused By Obama’s “Santa In Fatigues” Quip


President Obama said, "We are free and safe and secure over here because you are willing to serve over there," adding "You never stop serving, you never stop giving, you guys are like Santa in fatigues. Although I bet one of those C-130's is a little more efficient then Santa's sleigh."

Let it slide; I'm sure he's said worse in private.

Young Actresses Lining Up For Key Role In “Pirates 5″ - Five? We're up to 5? I clearly wasn't keeping good track.

Coincidence? I don't think so.

Twitchy: “I HATE THIS PLANET!” Feminist Do-Gooder Targets Emotionally Scarring Laundry Detergent - An astonishing example of how ultra-feminism has gone off the rails.

Pamela Geller: There Are No Lone Wolves In The Jihad War

The Gateway Pundit: Sydney Morning Herald Recommends “Empathy” For Jihadist Hostage Taker - There's a difference between sympathy and empathy. Sure, understand them and hunt them down like contagious rabid dogs.

Weasel Zippers: Liberal Rag Vox – Asking Muslims To Condemn Terrorism Is “Bigoted And Islamophobic” - At some point you begin to think they don't want Western civilization to win.

Wombat-socho's monster compendium "Rule 5 Sunday: Winter Solstice Edition" is ready at The Other McCain.
Posted by Fritz at 11:58 AM