Dem Lawmaker May Commute to Work from Jail 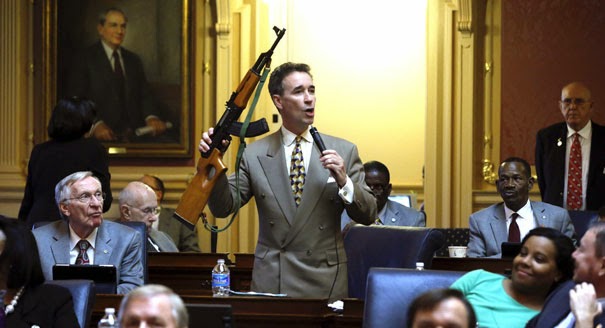 Democratic Virginia state delegate Joseph Morrissey, who reached a plea agreement for charges relating to a sexual relationship he had with his 17-year-old office assistant, is yet to decide whether he will resign or commute to work from jail.

The 57-year-old Democratic representative for Henrico county was sentenced to 12 months in jail with 6 months suspended for charges of “contributing to the delinquency of a minor,” according to a report in the Richmond Times-Dispatch.

Morrissey’s lawyers say that he will be allowed to continue his work in the general assembly and his private law practice as part of a work-release program. He will drive his own car to work and authorities will monitor him through a device that will remain secured to his ankle, according to his lawyers.

The special prosecutor assigned to the case also revealed on Friday that the girl is now pregnant, and that the child is “perhaps” Morrissey’s.

However, Morrissey maintains that the allegations are false and that the evidence against him, such as naked pictures and explicit text messages, was planted by a jealous friend of the girl that hacked Morrissey’s cell phone.

While 16 may get you 20, I guess 17 only gets you 1, suspended, if you're a legislator. But then, there's some evidence that the prosecutor might not have been as hard on him as she might have. From July: Henrico prosecutor not stepping aside in Morrissey case


Henrico County Commonwealth’s Attorney Shannon L. Taylor says that political ties between her and a Henrico delegate now under investigation by county police are too tenuous for her to step aside or to warrant bringing in an outside prosecutor.

During her 2011 run for office, Taylor benefitted from Del. Joseph D. Morrissey’s large Democratic base in the eastern part of Henrico and at one point the first-time office seeker publicly praised Morrissey for his help.

On her campaign website, Taylor posted a picture of herself with Morrissey and other Democrats at a Morrissey-hosted picnic at his Osborne Turnpike home in October 2011, writing, “Thanks to Joe Morrissey for bringing so many folks together on a beautiful fall day in Virginia.”