My last post held forth on the year in the narrative through the eyes of "Ben Trovato", the Italian-American who makes up all the delightful myths that the media has sought to peddle all year.  Since last night however, another media myth is coming unraveled, Lena Dunham's claim to have been "sort of" raped by a leading Republican student while attending Oberlin College. It was starting to get pretty ragged when Lena and her publisher were forced to recant part of the story which seemed to point to an actual Republican activist "Barry" (a Republican named Barry did co-occur with Lena at Oberlin) and offered to cover any legal expenses incurred to that point.  Now, the story takes another twist as Gawker investigates and finds evidence in previous drafts of her memoirs that suggest another person, definitely not a Republican and not a rapist. From Stacy McCain:  Lena Dunham, Liar


The headline at the Daily Caller:

The interesting thing about the Gawker story by J.K. Trotter is that Trotter seems to have the idea that he is vindicating Dunham and discrediting Dunham’s conservative critics. Her published account — which identified a Republican named “Barry” as having raped her — was exposed as fraudulent by John Nolte of Breitbart.com, and Dunham was forced to apologize. Yet, Trotter’s story at Gawker insists that Dunham actually was raped while at Oberlin College:


The 2012 proposal for Not That Kind of Girl recounted the same night of unwanted unprotected sex — and supplied enough specific biographical detail to identify the man being described.
His name is Philip Samuel Ungar, a 2006 graduate of Oberlin. Now 30, he’s the son of former All Things Considered host and retired Goucher College president Sanford J. Ungar. Dunham has never explicitly named him, but his biography closely aligns with her characterization of her alleged rapist—“His father was actually the former host of NPR’s All Things Considered” — in an early draft of the chapter where she describes being assaulted.

Whether or not Philip Ungar is a rapist, he is evidently a liberal Democrat, not a conservative Republican, so if Gawker’s story is correct, this has only further damaged Dunham’s credibility, exposing her as having engaged in a deliberate partisan smear.

As to the charge of rape, it seems hardly more than drunken consensual freshman fumbling:


I basically didn’t meet a Republican until I was nineteen, when I shared an ill-fated evening of love-making with our campus’ resident conservative, who wore snakeskin boots and hosted a radio show called The Spin Chamber. His father was actually the former host of NPR’s All Things Considered, but he was adopted so didn’t inherit any of those skills. Mid-intercourse on the moldy dorm rug I looked up into my roommate Sarah’s potted plant and noticed something dangling. I tried to make out its nebulous shape and then I realized—it was the condom. All Things Considered had purposely flung the prophylactic into our tiny palm tree, thinking I was too dumb or too drunk or too eager to please to call him on it. [...] The next day, on the radiator in the art building, I told the story to my best friend Audrey who winced. Firstly because he was a Republican and secondly because, she whispered “you were raped.”

If you need a girlfriend to tell you that you were raped in an encounter that you were conscious enough to recount for her, you weren't. 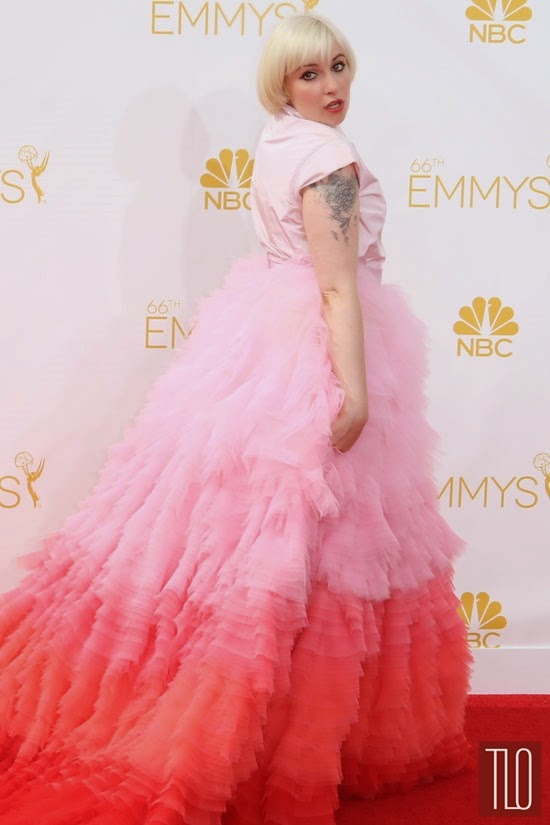 It took several hours, as horrified bystanders watched silently, but Lena was eventually entirely consumed by the creature. No one present ever forgot her frantic screams or the sounds the creature made while digesting her.

I defer to their judgment.
Posted by Fritz at 1:08 PM