Lunch at the River's Edge

After fitness club this morning, Georgia had arranged for free vascular screening over in Charlotte Hall, Maryland. The screening wasn't much, blood pressure measurements of both arms and ankles and a sonagram of the two carotid arteries and the aorta for potential problems.  They went swiftly, and while we didn't get the results on the spot, we don't particularly expect problems.

It then being half past noonish, we had to decide what to do about lunch. On a whim, I suggested we stop in the town of Benedict, about halfway home, on the Patuxent River, where we both used to work at the Benedict Estuarine Research Lab, and try one of old restaurants there.

We stopped at River's Edge, just across from the old lab building, which has now been converted to low rent apartments. River's Edge used to be Shorter's, after Frank and Harry Shorter, the father and son watermen and restaurateurs who built it, and not coincidentally, rented the lab property. It became River's Edge many years ago when Harry sold it. 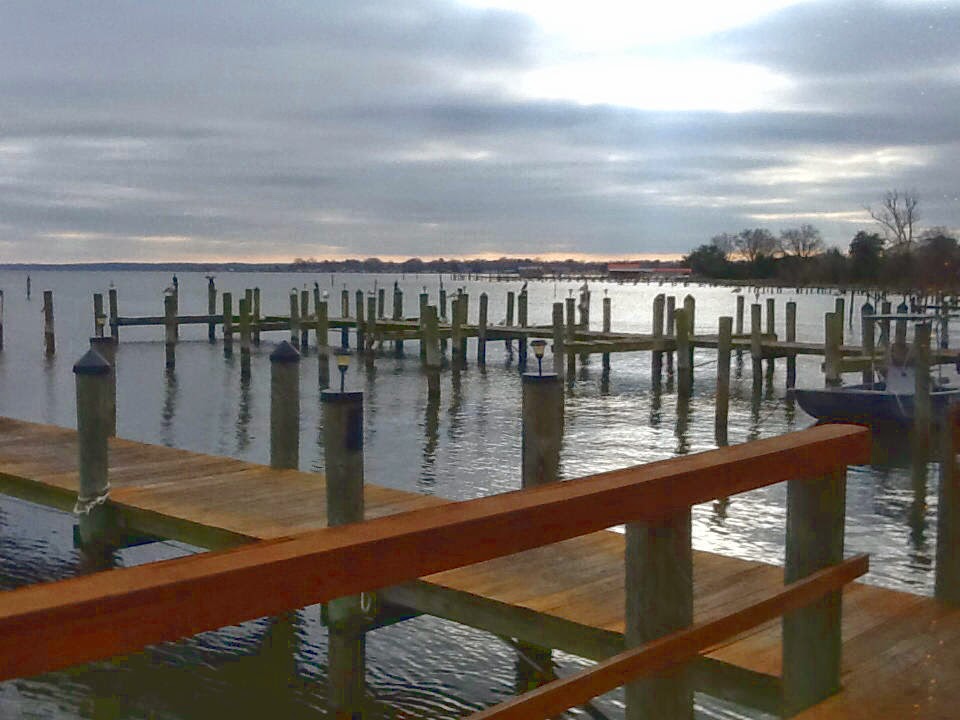 The town of Benedict is best known for being the site at which part of the British Army landed during the War of 1812, on their way to sack Washington DC.  It's still a small town, and looks much the way it did when I first came to work there in 1985, albeit a little cleaner. 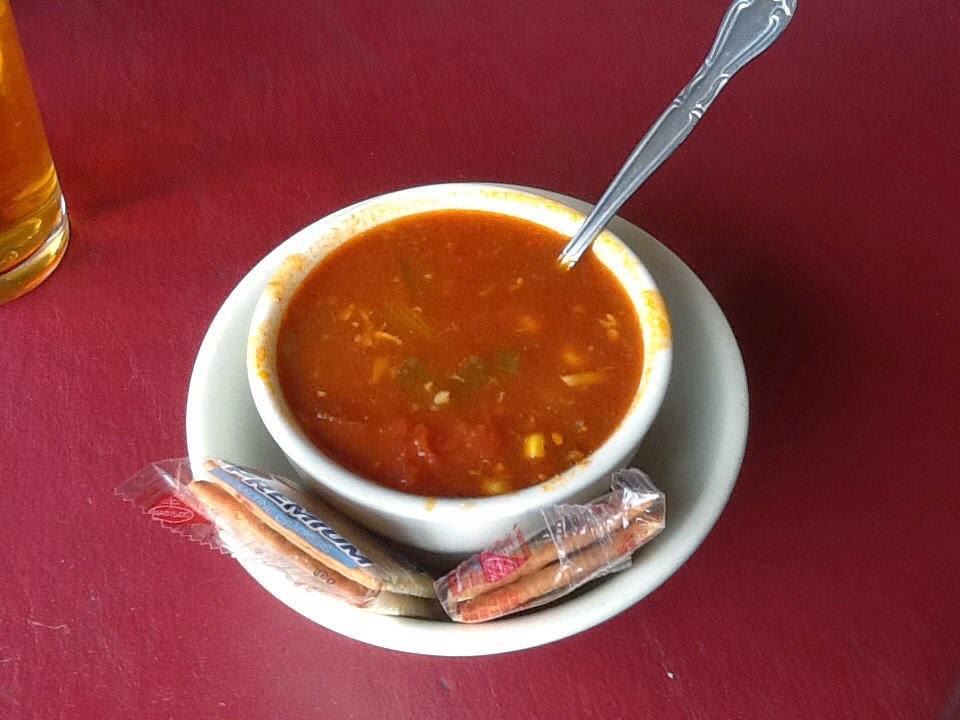 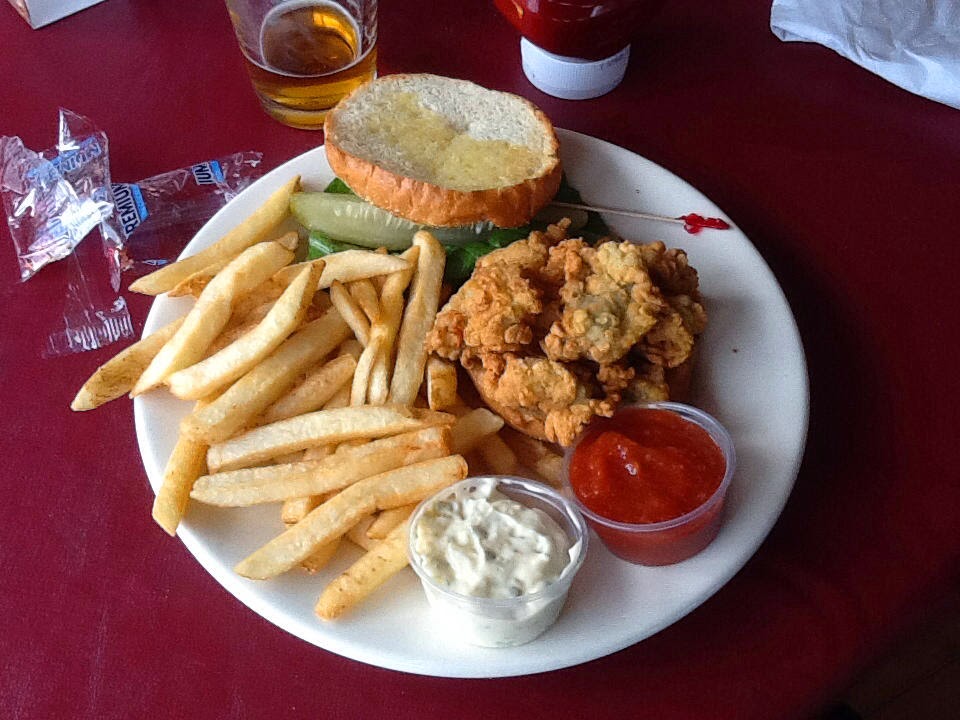 I had a cup of red (vegetable) crab soup and a fried oyster sandwich, in typical Maryland style, with the oysters breaded and fried and slapped on a hamburger roll, with a draft Harpoon IPA.  It was a good stack of oysters, too, and nice and plump. I didn't inquire as to whether the oysters were local, you expect restaurants to lie about that, but there's no reason to expect they weren't. There's is a productive oyster bar about 200 yards out from the restaurant, one of the last as you move upstream in the Patuxent before it becomes too fresh. I should know, I dredged a lot of oysters off that bar during my years at Benedict. 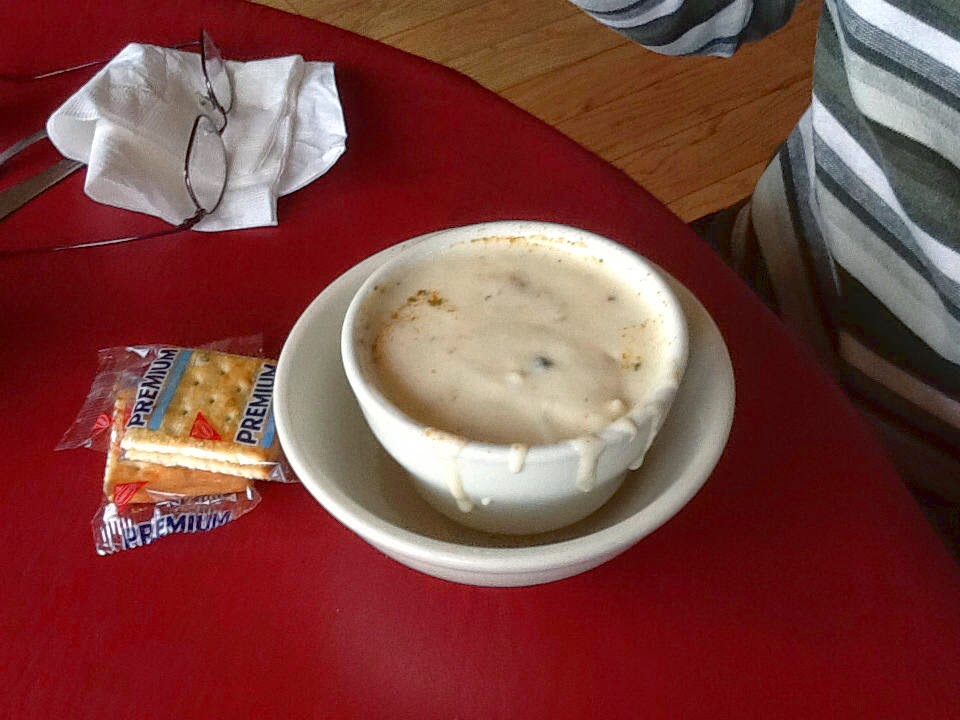 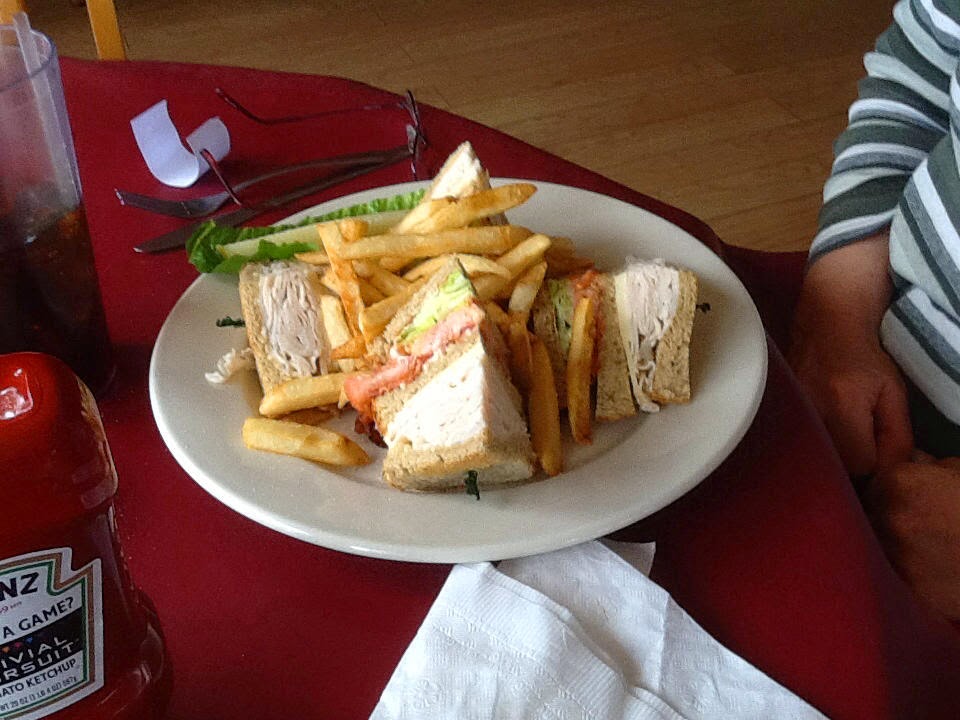 Georgia was less adventurous, and settled for cream of crab soup and a turkey club sandwich.
Posted by Fritz at 2:30 PM