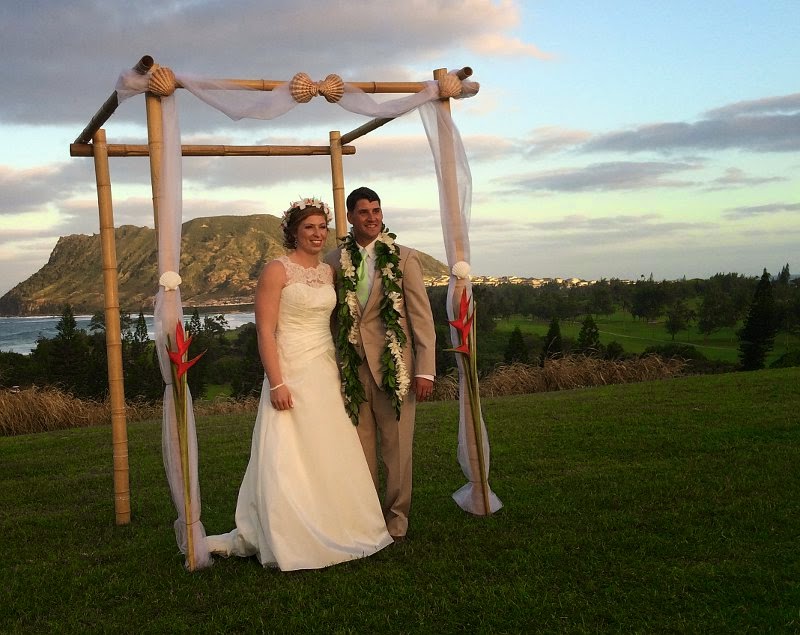 Natalie Heimel and her fiancé, Edward Mallue Jr., a pair of captains in the Army, were walking from their wedding rehearsal on Saturday at the 16th tee box at Kaneohe Klipper Golf Course in Hawaii when they were informed they'd have to move their wedding, scheduled for the next day.

It was the second time that day that the couple heard from the nation's commander in chief, whose affinity for golf has, at times, caused political headaches for the White House. Stationed in Hawaii and knowing the president spends his Christmas holiday on the islands, they invited him to their ceremony on a lark. They had received a letter earlier on Saturday saying Obama regretted he couldn't come and wishing them happiness on their wedding day.

“It was kind of ironic they got the letter from them and then, within hours, they were told they had to be moved due to him,”

Yes, I know, he called and apologized to them after he was told that Bloomberg was planning a story on it.

We seem to have achieved a state in the nation where where, conveniently as a result of strengthened security, the president, and a few other muckety-mucks are treated as royalty, where they can figuratively ride their horses through the lives of the commoners in pursuit of their personal foxes.

Would it have been too hard for the president, with all the staff and planning at his disposal to have actually scheduled a date and time for his golf game a few weeks ahead of time?

It's rare that I agree with Tom Toles of the Washington Post, but when I saw this over breakfast, it really resonated: 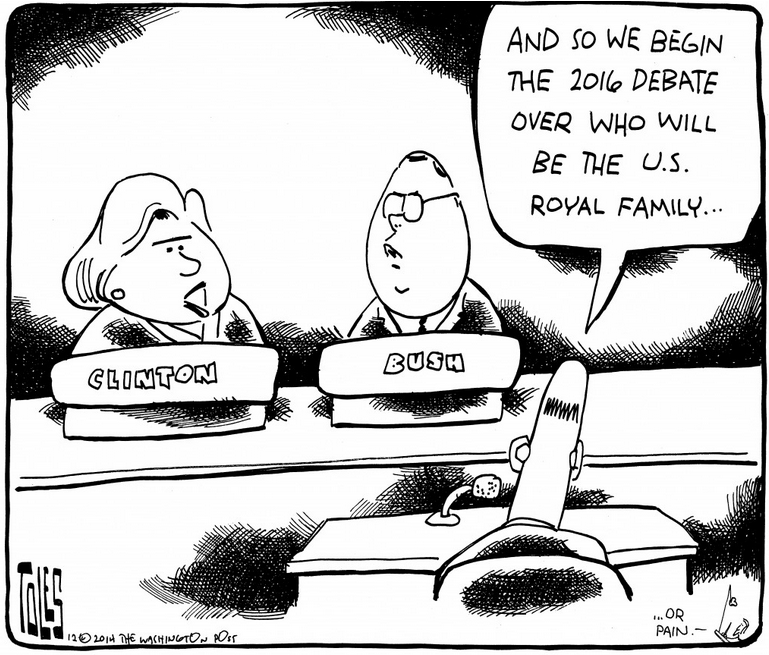