A Drop in the Bucket

Or much less even.

The UK Guardian has a typical environmental scare article decrying the amount of plastic that has made it's way to the sea:

Willis Eisenbach, over at Watts Up With That, has a head for numbers, and did the math:

For you non metric types (Dad) that's less than one half pound per cubic mile of water.


Now, I’m willing to agree that there are some kinds of plastic that are likely inimical to sealife. Nylon fishing nets that have been lost and gone adrift, for example, continue to kill fish. But the fish aren’t wasted, they’re eaten in turn by a combination of larger and smaller fish until the net washes ashore. So the nets are just another predator. Not saying I like that, I don’t, particularly when they catch whales and other sea mammals … but it’s not the end of the ocean.

And as for the other small pieces of random plastic … well, I just can’t get all that passionate about the dangers of 200 grams of plastic for every BILLION tonnes of sea water (1 cubic km = one billion tonnes).

In case you've never been there, the ocean is a very big place . . . And as for the danger posed by the plastic, the story is illustrated with the following photo: 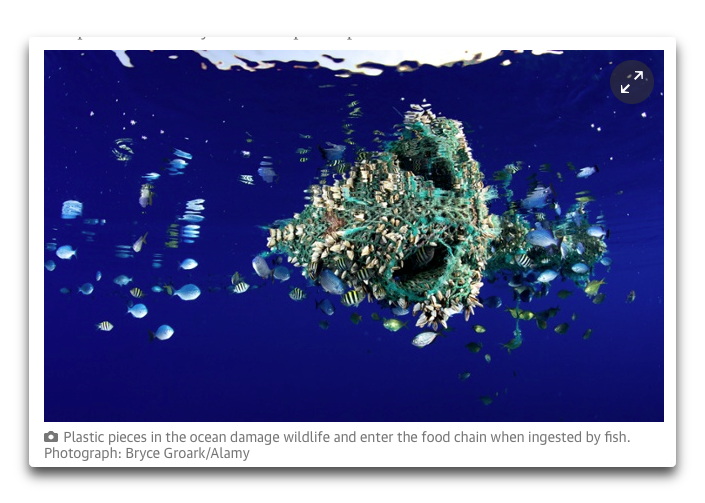 An excellent point. For the largest part, plastic is non toxic and fairly chemically inert. Swallowed plastic is largely excreted intact, in people and aquatic organisms. It degrades very slowly under light, and with microbial action, and largely serves a hard substrate for the growth of fouling organisms. As you can see above, in a relatively substrate free region, like the rather bare central gyres, it supports more life than the open water.  Fishermen have known for years to look for fish near floating debris, whether its seaweed, logs washed down rivers, or plastic trash. They are attracted by the smaller fish and invertebrates that feed on fouling organisms, and seek cover.  Mahi Mahi, also called Dolphinfish , are well known for their propensity to be found near floating debris: 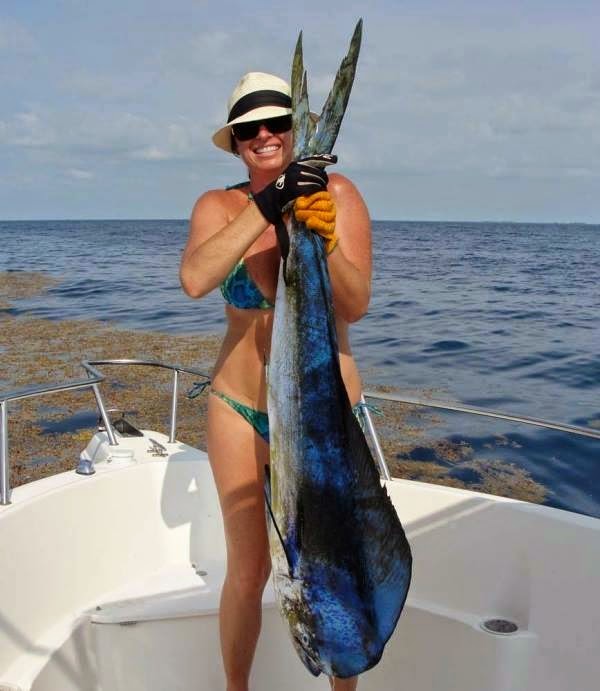