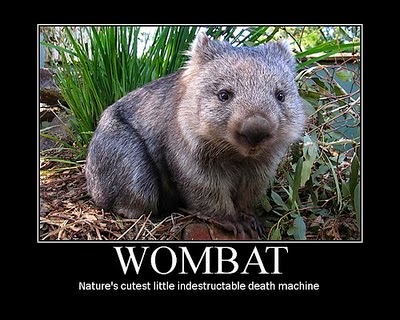 Norks Lead Thug Regimes Piling On US After Senate CIA Report: China, Iran and North Korea pile on with the finger-wagging despite own questionable mores - You have to consider the sources. They'll say anything to feel better about deflect attention from their own far greater offences against humanity. We haven't starved our people, execcuted people for homosexuality, or to sell their livers, kidneys and hearts to the highest bidder. Sod off, dickeads!

House Narrowly Passes Spending Bill: Shutdown averted - I don't have a real strong feeling about this, it was going to suck no matter what. The GOP didn't need to make DC dope law and Dodd-Frank hills to die on, I wish they had been firmer on immigration instead. But you have remember that they're not really in charge yet. Watching the MSM scurry to excuse Fauxcahontas' threat to shut down the government is instructive.


The clip, reportedly directed by Hostel director Eli Roth, appeared online earlier this week to widespread condemnation due to its upsetting and graphic content, which some have claimed "glamourises rape".

Alongside a violent rape scene starring Del Rey and another male, the video contains footage of a bloodied woman dunking her head in water and a birthday party filled with various misfits. It has now been taken down following legal action.

Pew Poll Finds Support For Gun Rights At 21-Year High - Going the right direction despite unanimous MSM opposition. I guess you really can't fool all the people all of the time.

Poll: 70% Want Congress To Keep Probing IRS - Another case in point. Except for Faux, you'd never even know that the IRS has been up to their necks in political opposition.  Time for my "modest proposal" on civil service reform.


Ariana Grande Reportedly Insists On Being Carried When She’s Tired - I had never Known of her before, but now I'm pretty sure I wasn't missing much.

DOJ Okays Tribes To Grow, Sell Marijuana - All is going as I predicted. I know I suggest this just the other day; unfortunately I'm not able to locate the link.

Conservative Group Sues CA AG Over Donor List Demands, Bullying - So Democratic administrations in the states have been emboldened by the IRS getting away with political abuses.


According to the Courthouse News Service, the nonprofit group is seeking a federal court order that would bar Harris from demanding the names of its donors. Harris, according to the report, had told the group if it did not hand over the donor lists from 2011 and 2012, Americans for Prosperity would be slapped with fines and barred from operating in California.

Harris’ office has not yet been served with the lawsuit and so far is not commenting, according to the San Diego Union-Tribune.

Americans for Prosperity, founded by the Koch brothers and based in Virginia, acknowledged in court documents that its views are not “universally popular” -- the group said it feared for the safety of donors, citing past harassment and hackers. They said Harris' demands violate the First and 14th amendments and the Supremacy Clause.

Harassment and hacking is a feature, not a bug.

Keira Knightley Expecting First Child - A former Rule 5 winner goes into production mode. Best of luck, and remember to have a hamburger now and then. The kid needs the protein.

Facebook Turns Thumbs Down On “Dislike” Button, Mulls Other Options - What, no option for "go back in time, and prevent this person's conception"? I feel gypped. Remember, if you're not paying for it, you're the product.

“Sons Of Anarchy” Actor Skins, Cooks, And Eats Ex’s Pet Rabbit - Nothing wrong with rabbit; it's pretty much just like cat, but that's just sick. But a few wouldn't hurt Kiera.

Wombat-socho has the original Rule 5 post "Rule 5 Sunday: Relay Breakdown" ready at The Other McCain.