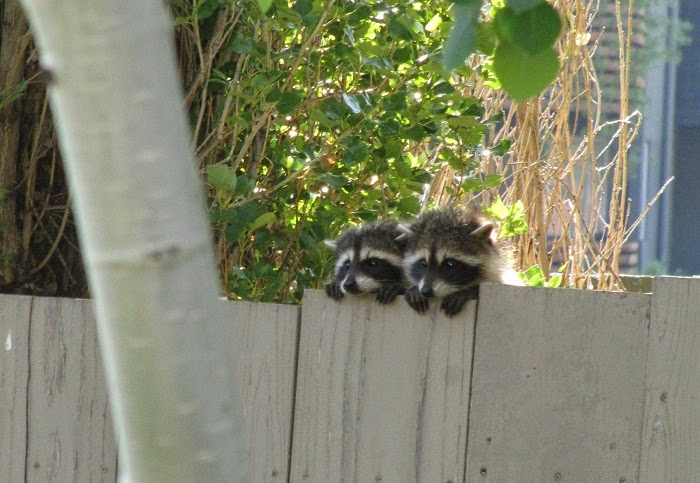 
West Harlem residents say a posse of raccoons has taken over their neighborhoods and in some cases even broken into their homes.
“These things think they live here and they actually walk in if you leave an opening,” said resident Lauren Flanigan.

Pictures from residents showed a raccoon making itself comfortable on the patio of a West Harlem home, and even coming up to the door. And that raccoon was not alone, residents said.

“They came in the kitchen, and they’re not that friendly, and they also pushed the window screens in,” Flanigan told CBS2’s Tracee Carrasco.

“They climb over the fences to the next backyard and they keep going from backyard to backyard, so that’s why it’s not one homeowner’s problem. It’s everybody’s problem,” Maria Freeman said.

Residents complained that the raccoons wreak havoc in the streets daily, and believe they make the trek from Central Park. They want the city to do something because the problem is only getting worse.

What did you think this was going to be about?

I'm sure that the urban residents of New York have little practice at dealing with wildlife, and the fact that there are probably no predators for the raccoons, and that even the neighborhood dogs are probably well restrained makes them bolder. The answer, of course, is to make all outdoor sources of potential raccoon food (pretty much anything) unavailable. That mostly means the garbage.

Or, Harlem residents could reintroduce wolves and mountain lions to keep them under control.

Our own visitations from the raccoons that live in the woods behind the house stopped after we hung the bird feeder out of reach.
Posted by Fritz at 11:02 AM