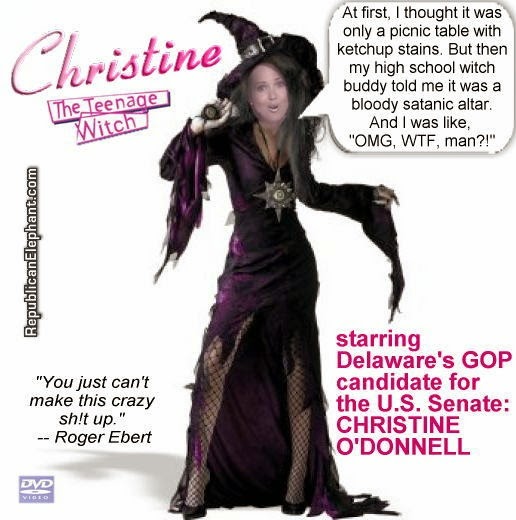 Adding to the long-running saga of IRS dealings with conservatives, former Senate candidate Christine O’Donnell says the tax agency punished her mistakenly for the second time in five years by imposing an erroneous levy on her bank accounts.
Ms. O’Donnell told The Washington Times that she discovered the levy when she couldn’t access her checking account as she was preparing to visit relatives over Thanksgiving.

Christine O'Donnell is the Tea Party neophyte candidate who defeated  Pennsylvania who defeated GOP "moderate" Mike Castle, former governor and long time legislator in the primary to run for Joe Biden's vacant Senate seat, to the dismay of the political class. She was defeated by Chris Coons. During the campaign an old clip from a Bill Maher show surfaced where she admitted to a high school flirtation with "witchcraft", despite her then strong support for Christian values. This brought derision from lefties, in whom an interest in Wicca (also called witchcraft) would ordinarily be regarded as a sign of open mindedness. At one point her campaign produced an ad in which she denied being a witch. 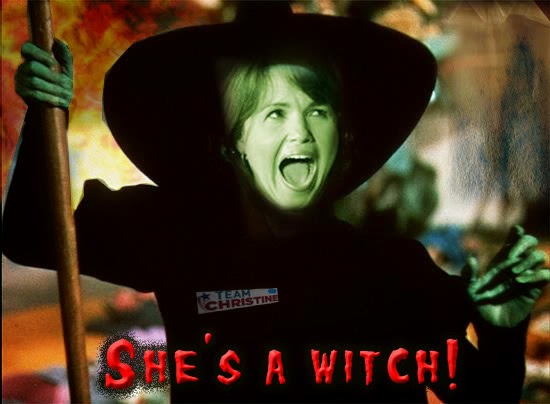 She said she called the Internal Revenue Service and was told the agency had concluded she owed $30,000 in taxes from a 2008 house transaction, which was long ago accounted for on her federal returns. She said she implored the agency to check her tax records and eventually was told the levy was generated in error and her accounts would be freed up.

Although IRS officials removed the levy, they first withdrew all the funds from her account. They said that, too, was in error and the funds would be returned to her. The funds have not been replaced, Ms. O’Donnell said. 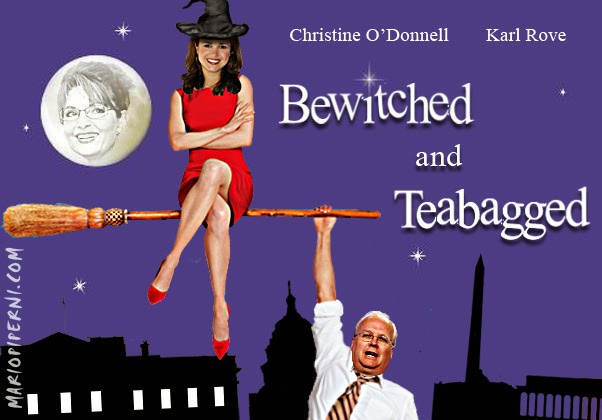 
Senate investigators continue to probe why Delaware state authorities accessed Ms. O’Donnell’s IRS tax file on a Saturday morning in spring 2010, right around the time she announced her candidacy and a story was leaked alleging that she owed back taxes to the IRS, which was later proved to be false.

Delaware authorities claim the records check was routine but that the computer records detailing what was searched have since been destroyed. Lawmakers in both parties have cited the episode in raising concerns about possible lax access for state agencies to sensitive federal tax records. 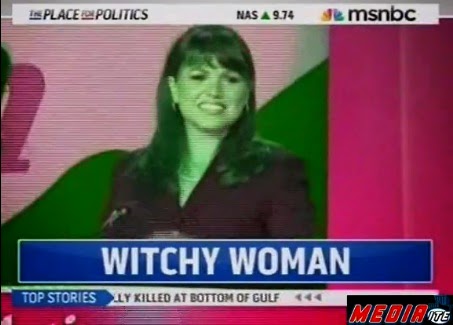 Yes, "accidentally" revealing confidential tax records of the politically active seems to be a problem that only the conservatives seem to face at the hands of the IRS. Liberals can agitate sleep in peace knowing that their financial records will never "accidentally" be revealed to be used by their opponents.


The first tax lien was placed on a house she had sold more than two years earlier, and it created headaches for her finances and her campaign. The lien was highly publicized and used to discredit Ms. O’Donnell’s candidacy just as it was getting off the ground, even though she no longer owned the home in question.

The IRS eventually removed the lien, blaming it on a computer error. Ms. O’Donnell sold the home in 2008, and financial documents from her lender show that her back payments were satisfied in July 2008, long before the IRS initiated the bogus lien.

Yep, just a computer error, I'm sure. Goldfinger told James Bond, Oonce is coincidence, twice is happenstance, but the third time is enemy action. I wonder what the IRS has against witches?
Posted by Fritz at 9:35 AM