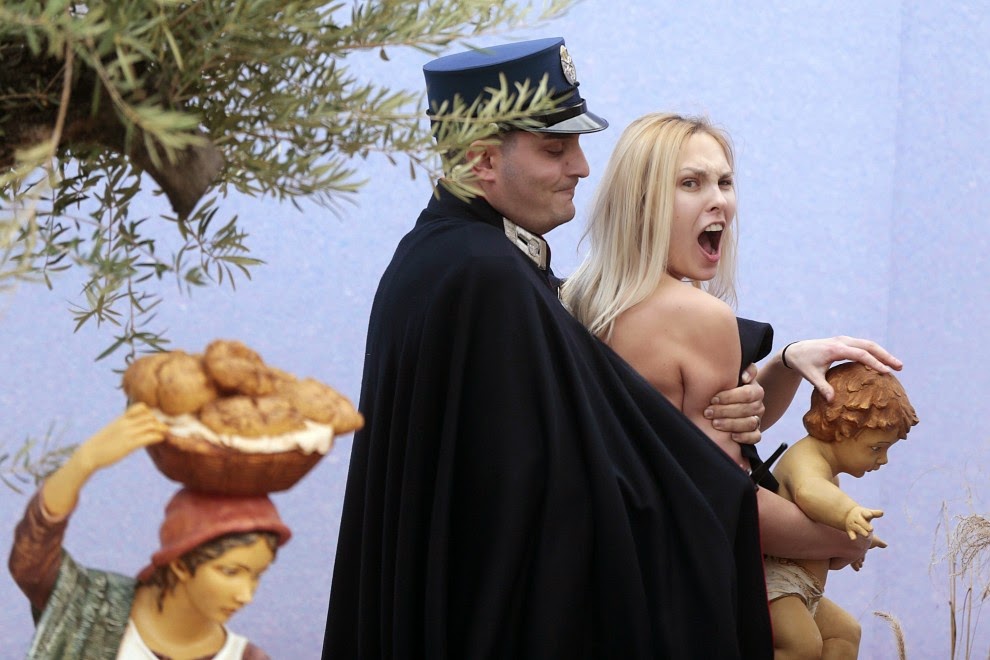 
The Vatican said on Friday it had arrested a member of women's rights group Femen who on Christmas Day bared her breasts and grabbed a statue of the baby Jesus from a nativity scene in front of thousands of people in St. Peter's Square.

Femen's website says the woman was protesting as part of its anti-clerical "Massacre of the Innocents" campaign contesting religions' "maniacal desire to control women's fertility". 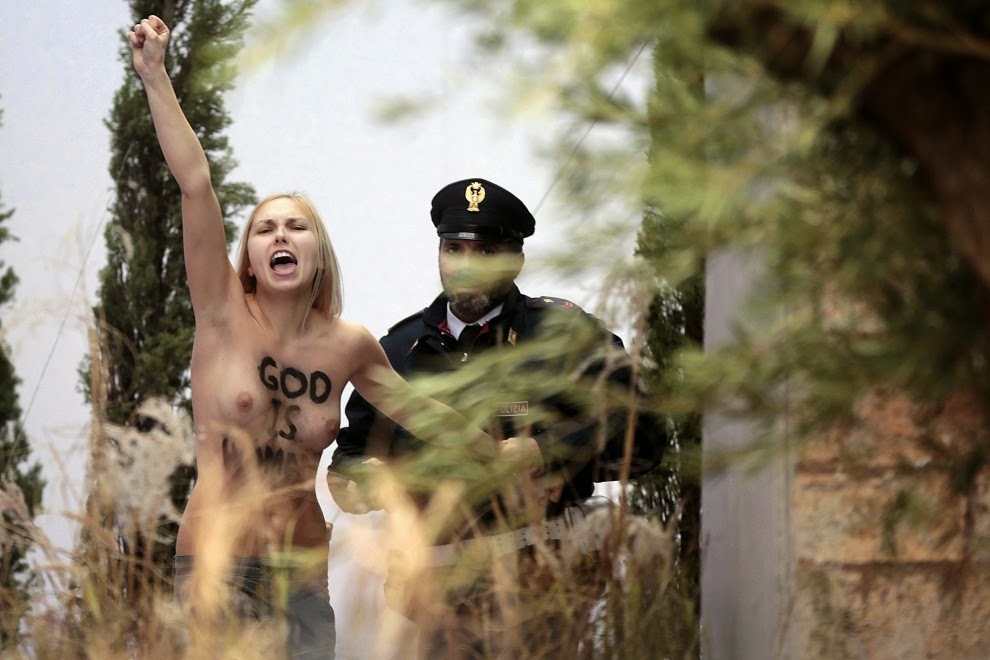 But at least membership in the Catholic Church is voluntary. Don't like it? Don't join.

He said she was accused of vilification of religion, obscene acts in public, and theft. He said her action "offended the religious feelings of many people". 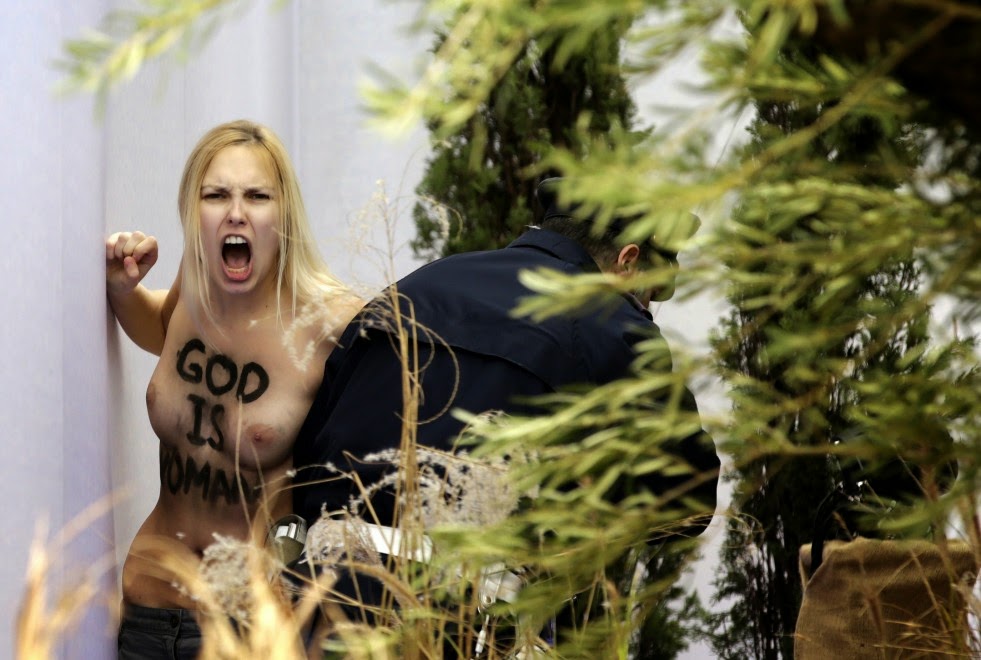 
A Vatican policeman stopped Azhdanova, who had "God is woman" written on her chest, and covered her with his cape. She staged her protest shortly after Pope Francis had finished reading his Christmas greeting to the crowd.


Femen activists have staged protests at the Vatican before, the latest last month, and have been let go. But Lombardi said the Vatican had decided to be firm this time and arrest Azhdanova because her action was "particularly grave".

Lombardi said the group had "intentionally, repeatedly and gravely violated the right of the faithful to see their legitimate religious convictions respected".

I notice, again, that the  writing on her chest is in English, and not her native Ukrainian, or Italian, the native language of the site where the protest is taking place. It's almost like she intends it to be noticed by someone else.

Well, the Vatican is technically a separate country, so I suppose now that she's broken some of their laws by running around half naked, and trying to steal Baby Jesus they can treat her with about as much respect as she's shown them. I'm sure they have an old dank dungeon somewhere in the complex left over from the middle ages where they can hold her while they sort this out. It's still probably better than being arrested by Putin.

You can see the whole of the public portion of this affair here, in ultra-low definition, and in Italian.