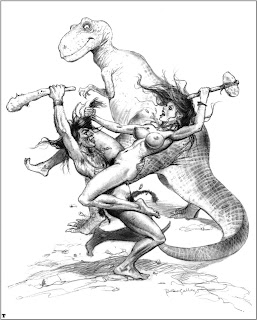 AROUND 1.7 million years ago, our ancestors' tools went from basic rocks banged together to chipped hand axes. The strength and dexterity needed to make and use the latter quickly shaped our hands into what they are today – judging by a fossil that belongs to the oldest known anatomically modern hand.

The 1.7-million-year-old Acheulean hand axes were some of the first stone tools. Over the next million years, these chunky teardrop-shaped rocks became widely used before being replaced by finer, more precise flint tips. But how our ancestors' hands evolved into a shape that could make such tools is a bit of a mystery.

Before the hand axes appeared, our ancestors had primitive wrists: good for hanging from branches, but too weak to grasp and handle small objects with much force. And no hand bones had been found to fill the gap between 1.7 million years ago and 800,000 years ago – by which time humans had developed the hands we have today. Now, a new fossil is helping bridge that gap. 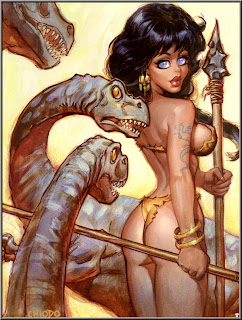 I'm sure some anthropologist somewhere will come along and claim that this theory is sexist because the manufacture of stone tools and weapons therefrom is a male activity, and that they're overlooking some critical role of women, making lace from tree bark, or something similar.

In 2010, a team led by Fredrick Kyalo Manthi of the National Museums of Kenya discovered an intriguing bone in the north of the country. Carol Ward of the University of Missouri and colleagues identified it as a third metacarpal, the long bone in the palm between the middle finger and the wrist.

Like modern human metacarpals, it has a small lump at its base – the styloid. This projection helps stabilise the wrist when the hand is gripping small objects between the thumb and fingers. Isotope dating revealed the bone to be about 1.4 million years old. It is likely to have belonged to Homo erectus.

Hand bones of early Homo erectus are almost unknown, says Richard Potts of the Smithsonian Institution in Washington, DC. "Having such a well-preserved specimen begins to answer questions about hand evolution," he says. 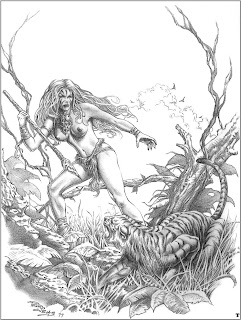 But women could well have been involved in the early stone tool industry, making shiny objects for their moccasins,  junk jewelry and miscellaneous kitchen implements.

"This is an exciting find," agrees Mary Marzke of Arizona State University in Tempe. It shows that our ancestors' hands were already evolving into their modern form 1.4 million years ago. The forceful, repetitive and sustained processes of tool use, such as digging with rocks, would have made stronger hands desirable, says Marzke.

This would have been particularly useful for knocking off flakes to form and sharpen hand axes, says Potts. Once the important wrist features were in place, it became easier for later hominids to make smaller, finer tools.

Certainly, what ever evolutionary pressure existed needed to be accounted for in both sexes, otherwise the two sexes would have evolved in different direction, as they have for other traits.  In other words, women would have had monkey paws.