There Ain't No Justice at the Beach 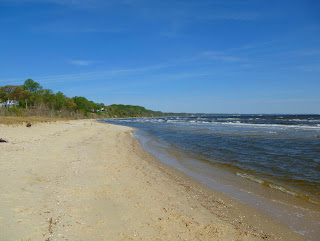 Skye and I left Georgia at home and headed to the beach for our 9:30 rendezvous with Joel and Red.  The weather was still cool (45 F) clear and windy (15-20 kts north). 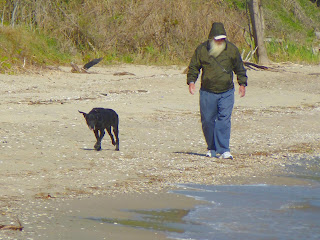 Joel and Red were on at least their second lap up and down the beach when we caught up with them. 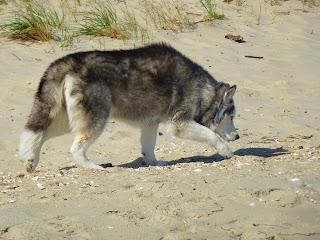 Skye was a little slow off the mark, but got into it. 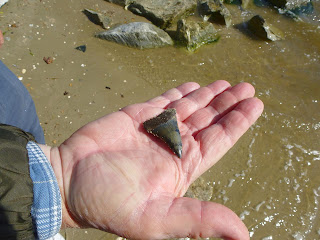 Now about that "no justice" part.  On the way back from Calvert Beach, while engaging in animated conversation about the price of rum in Jamaica, or something similar, I stepped right over this massive "Mako Shark's" (probably really an ancestor of the modern Great White) tooth, and Joel spotted it.  It's really the tooth of a year, and Joel has had two such teeth in the past week. 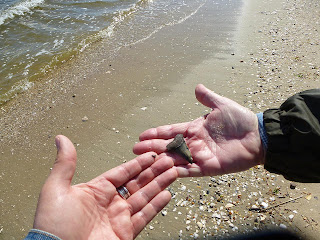 The tooth has an interesting mottled color, that you occasionally see on larger teeth, and the remnants of fresh barnacles suggest it sat exposed in shallow water for some time, long enough to grow barnacle, in the recent past.  Barnacle scars are soft and wear off rapidly in the sand.  At left, a comparison with one of the little teeth I found today.
Posted by Fritz at 12:11 PM