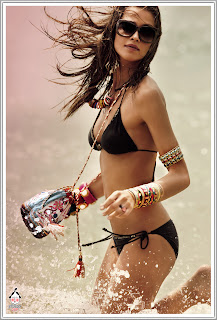 Yes, it's Rule 5 Saturday again, and yes, I'm in a rut with yet another Brazilian super-model, Ana Beatriz Barros.  I'll run out eventually. Or not. Much like Almudena Fernandez, I find myself with a plethora of fine photo material, and a dearth of interesting information:

When she was 13, Barros and her older sister, Patricia, were vacationing in Rio de Janeiro when they were spotted by a representative from Elite Model Management. Barros was encouraged by the Rio Elite office to participate in the Elite Model Look 1996, which she was runner up to Diana Kovalchuk. Barros subsequently competed for international Elite Model Look and placed second worldwide. Elite sent her portfolio and recent Polaroid shots to GUESS? which led her to do the Millennium GUESS? campaign along with her friend and fellow Brazilian model Alessandra Ambrosio. 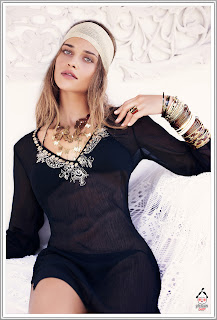 That's pretty much what it's like; a list of companies she's worn little or no clothes for (NSFW link) No run ins with anacondas (other than preplanned), no personal details.  It's kind of like she only exists to be photographed.  Not in a bad way, though.


In 2004 Jennifer Lopez selected Barros to be the face of her new lingerie line, JLO Lingerie. Lopez said, "I wanted someone young, sexy and urban, with a universal appeal" 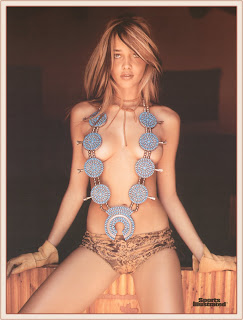 Barros was born in a small town of Itabira, Minas Gerais, Brazil, to Sônia, a housewife, and Reinato Barros, a mechanical engineer. Later, her family moved to Rio de Janeiro, where she spent her childhood. Barros is of Portuguese, Spanish and Italian ancestry and is the youngest of three sisters; Patricia, who is also a well known model, and Malu (Maria Luisa)

Another case of hybrid vigor. 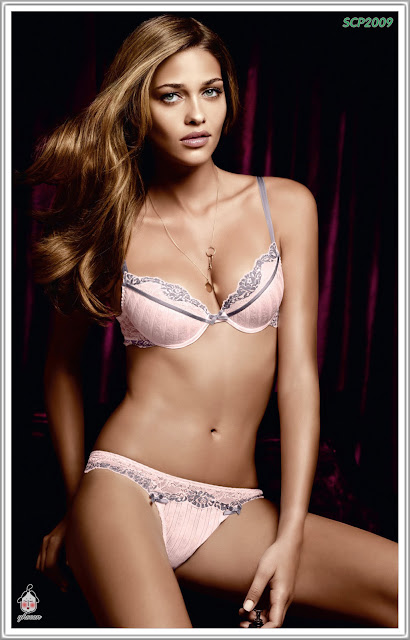 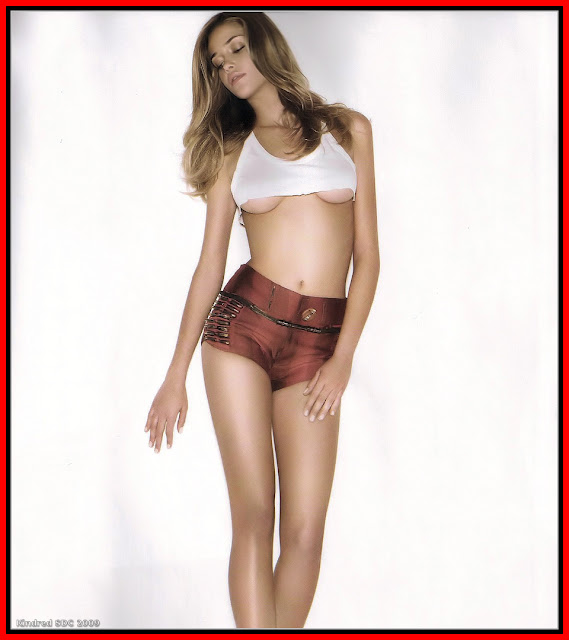 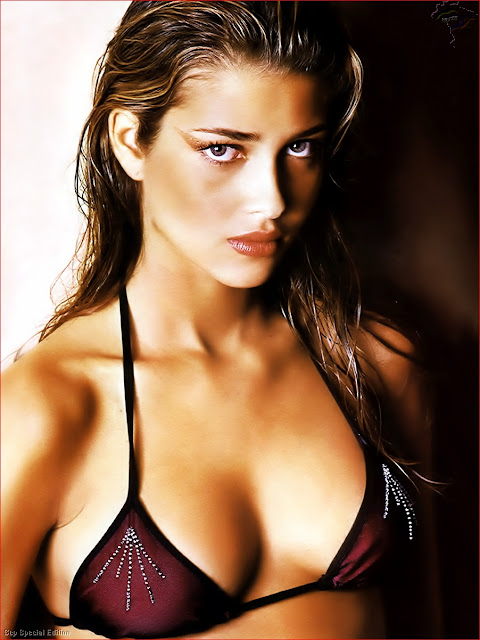 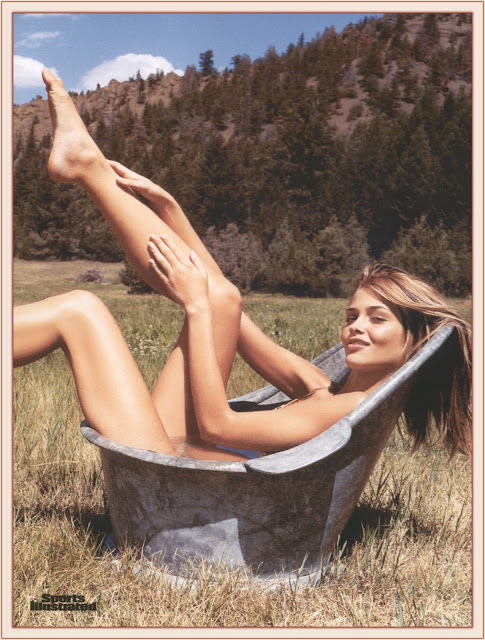 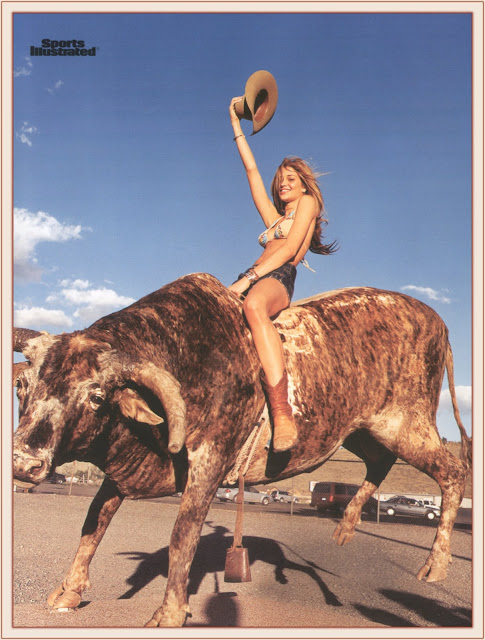 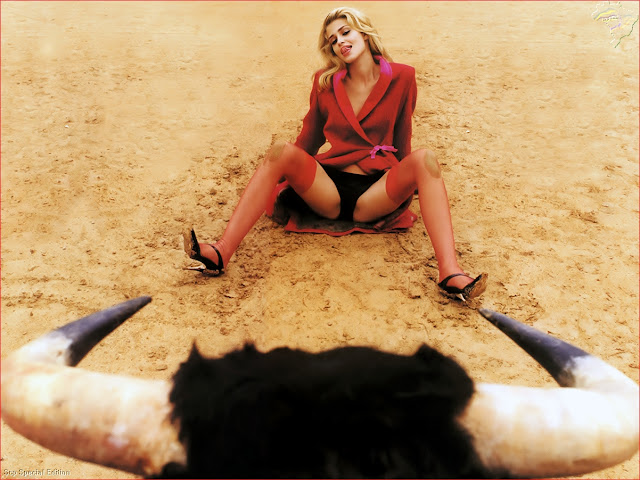 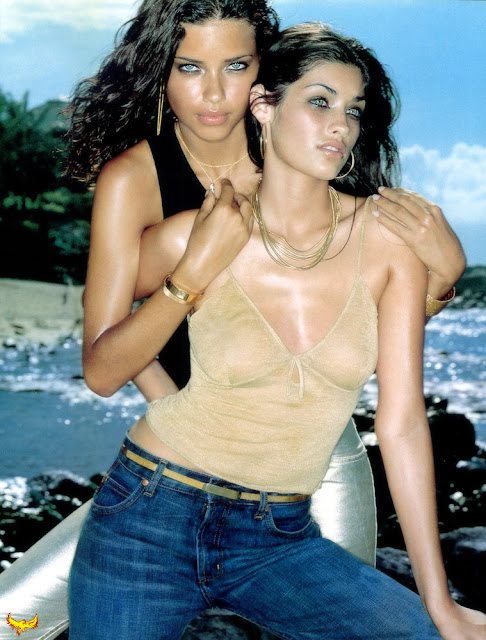 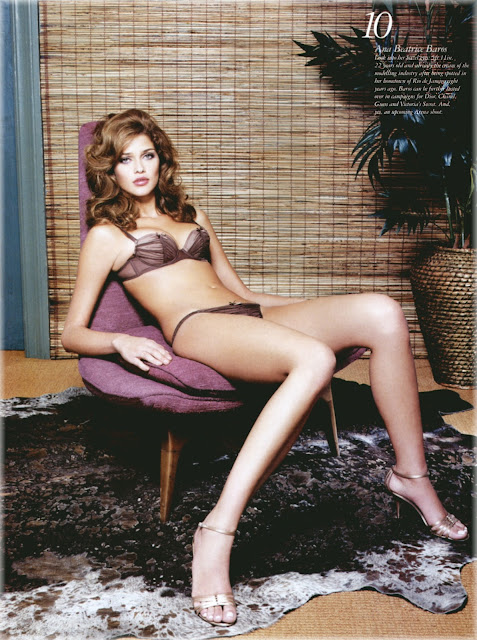 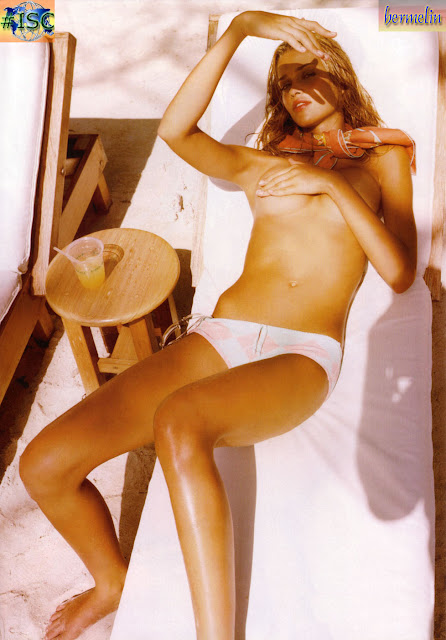 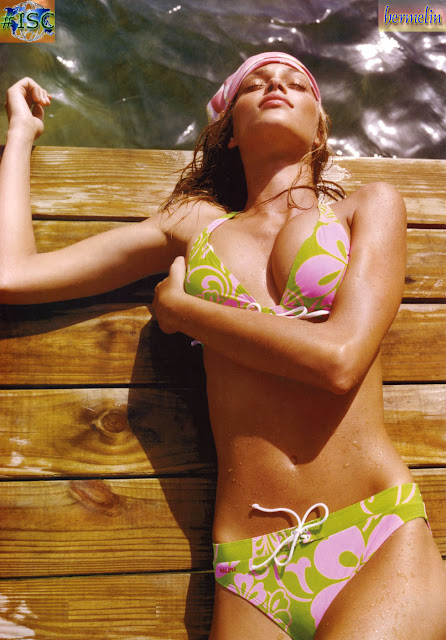 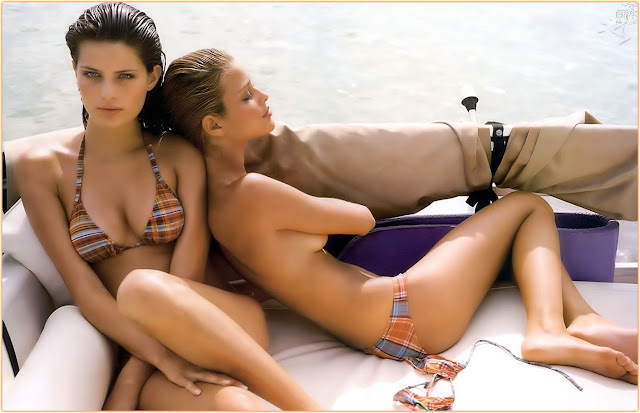 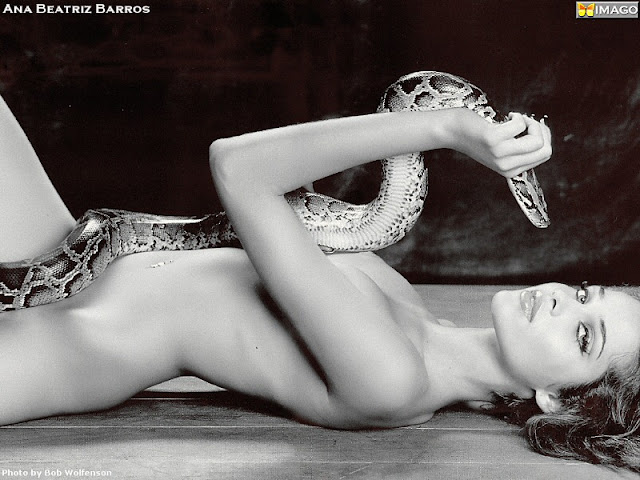 Linked at Pirate's Cove "Sorta Blogless Sunday and Pinup" collection of links. Wombat-Socho got "Rule 5 Sunday Wednesday: Once More into the Bleach" done on Wednesday this week; he says he's skipping next week to slave in the tax mines, and promises a double sized in the following week.  So check back Saturday morning to see what I've cooked up. And special thanks to GOODSTUFF for his link in his 103d magazine issue.  Also linked at The Classic Liberal in "Take It Off!"
Posted by Fritz at 6:00 AM