At least in the New York Police Department

NYPD supervisors have been put on red alert: Don’t discriminate against carrot-top cops!
An anti-bias message went out this month to Manhattan sergeants and lieutenants, who were told that redhead harassment would not be tolerated.

No lawsuit has been filed against the city, but the feds say a claim alleging unfair treatment over red hair would be supported by federal law, which bars workplace bias against applicants and employees based on race, national origin, skin color, religion, sex or disability. 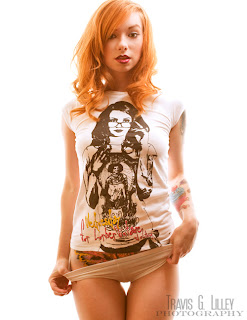 In celebration, I've decided to introduce you to some potential candidates for Nanny Bloomberg's finest.  At least they make me want to work undercover.  Have you noticed that most cop shows these days have a woman supervising?

Red hair qualifies because people with that color are found in higher numbers in Britain and Ireland than elsewhere, according to the federal Equal Employment Opportunity Commission.

Experts say it’s 13 percent in Scotland and less than 1 percent in most countries in Asia, Africa and South America.

“It’s an innocuous-seeming criteria, but if it has a ‘disparate impact’ on a certain racial group, red hair could be considered the basis of discrimination,” said Justine Lisser of the EEOC in Washington, DC. 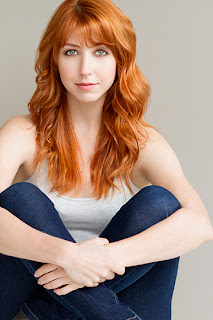 So they're the 1 percenters all those democrats, media and Occupy Wall Street people are always raging about?  Even more reason to like them.  Even if they don't have souls.

The NYPD has one of the most racially and culturally diverse workforces in the country, but includes a large percentage of officers of Irish descent.

Some claim they’ve endured years of ridicule over their hair color.

One retired cop told The Post that he was constantly roughed up as a kid and called a “red-headed devil.”


I believe that's what they called Georgia as a kid...

“You get abuse every day when your hair is red,” he said. “You get beaten and chased. You better learn how to fight.”

The issue is a hot topic in Britain, where model Lily Cole, who sports cinnamon curls, blasted teachers for allowing bullying to go on “because there isn’t a stigma around it.” 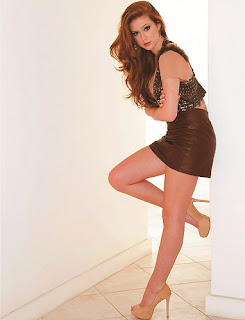 I used to make fun of Georgia for being ginger.  But then we got married.


Still, some shrugged off any need to protect the NYPD’s ginger set.

A retired Irish-American cop who was one of two redheads at his Brooklyn precinct enjoyed the good-natured jabs he exchanged with fellow officers, who were mostly of Italian descent.

“I never felt I was a minority,” he said.

“To put redheads in a protective class — that’s ridiculous!” said a retired officer who was often called “Carrot Top.”

This post acknowledged by Proof Positive in his "Best* of the Web Linkaround" (*that I've seen this week).  Thanks! It also made the short list a The DaleyGator's "DaleyGator DaleyBabe Carissa Rosario and a Rule 5 tour." Also, now linked at Wombat-Socho's ginourmous three week make-up "Rule 5 Sunday: Cinco de Mayo Massive Catching-Up Edition" at The Other McCain.
Posted by Fritz at 6:00 AM