The Bugger in the White House

White House logs and the twitter feed of Shawn Reilly, one of two men at the heart of the McConnell wiretapping scandal, show he met with White House officials on December 5, just days before his organization Progress Kentucky began a messaging blitzkrieg against the Republican leader.

Among the things they were responsible for was a racist attack on Mitch McConnell wife, Elaine Chao, former Secretary of Labor.


Reilly and Curtis Morrison are currently under investigation by the FBI for illicitly taping a campaign conversation between McConnell and a handful of his advisors. During the conversation McConnell and his aides discussed the potential candidacy of actress Ashley Judd (warning: NSFW link) — including using her mental health problems against her. 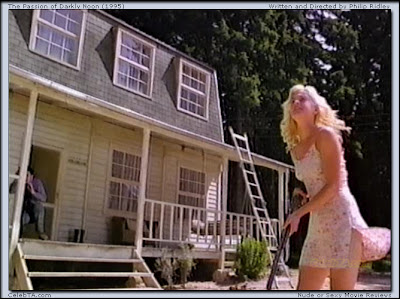 At the very minimum, she needs to be on the list of people too crazy to possess touch firearms.


For days, Democrats in the state and nationally have sought to cast the duo as a pair of bungling amateurs who simply got in over their heads and made a series of bad decisions. But the White House visit suggests the distance from Reilly to his party's leaders may not have been quite that far.

The White House visitors log, showing Reilly met with administration officials Dec. 5th, appears to have been signed in by Victoria McCullough, a staff assistant to Obama confidante Valerie Jarrett.

According to Reilly's twitter feed, his trip to Washington included stops at the White House to discuss the fiscal cliff and a meeting at the Center for American Progress, a left leaning think tank.

So even though he was a bungling amateur, he was granted a meeting with the President's Cardinal Richelieu?

I'm so old I can remember when it was a big deal when the president's allies were caught bugging the opposition.  Well, times change I suppose.