Was Alley Opp a Sailor?

A team of researchers that included an North Carolina State University geologist found evidence that our ancestors were crossing open water at least 130,000 years ago. That's more than 100,000 years earlier than scientists had previously thought.

Their evidence is based on stone tools from the island of Crete. Because Crete has been an island for eons, any prehistoric people who left tools behind would have had to cross open water to get there.

The tools the team found are so old that they predate the human species, said Thomas Strasser, an archaeologist from Providence College who led the team. Instead of being made by our species, Homo sapiens, the tools were made by our ancestors, Homo erectus.

The tools are very different from any others found on Crete, Strasser said. They're most similar to early stone-age tools from Africa that are about 700,000 years old, he said...

Wow!  Homo erectus was sailing across open ocean 700,000 years ago?  That puts a whole new spin on the abilities of pre-humans.  We know that H. erectus got around, having left Africa approximately 2 million years ago, and leaving fossils scattered around Asia and Europe until it disappeared around 200,000 years ago (probably replaced by Neandertal Man, or Modern Man himself).  For the relatively primitive H. erectus to have sufficient technology to build rafts and move enough people to establish a viable tool-making culture on Crete is quite remarkable, and requires new thinking about the technology our ancestors were capable of wielding.  Since wood and fiber don't often preserve long enough to be found in conjunction with fossils, we may be missing quite a lot. 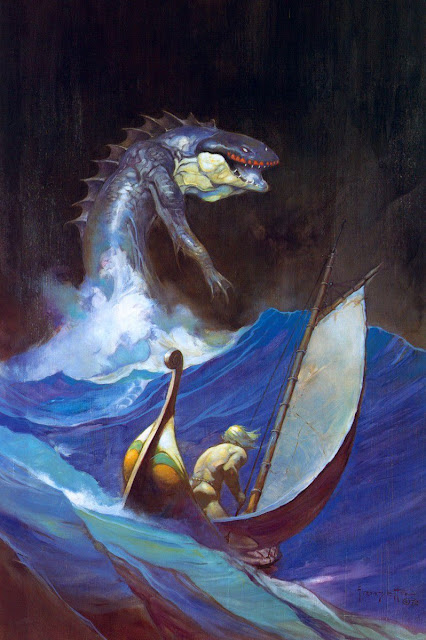